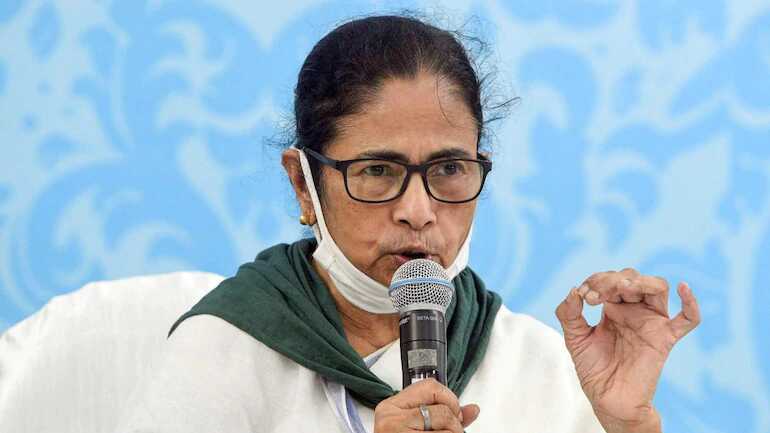 Bengal, Jan 11: In a scathing attack against the BJP, West Bengal CM Mamata Banerjee on Monday termed it as ‘Washing Machine’ party where political leaders with black money turn into “saints” once they join.

Addressing a political rally in the Matua community-dominated Nadia district of the state, she said, “We all are noticing how some leaders (from Trinamool Congress) are joining the BJP. They have joined the BJP to protect themselves from arrest and to save their black money. They have looted public money and we have junked them. Now these junked leaders are joining the BJP.”

She also attacked the saffron party for inducting leaders from other political parties. “Now BJP is not only a junk party but also became a ‘washing machine’ party. They are cleaning the corrupt leaders who looted the public money and are projecting themselves as saints. But I would like to clear their confusion. TMC will undoubtedly be going to form the next government in Bengal,” she said.

Referring to the US Capitol Hill clash in the United States, CM Mamata Banerjee said, “The BJP cadres will behave like Donald Trump supporters the day they lose elections. This will happen as people in Bengal now understand how they fooled them in the last Lok Sabha elections. No one, including students, youths, Matua, minorities, Namasudra, women will vote for them this time. BJP is exposed in Bengal for its false promises.”

While expressing her concern over the ongoing deadlock between the farmers and the Central government, she launched an attack at BJP national president JP Nadda.

“Farmers are dying during protests at Delhi border and there is one person who is travelling in private aircraft in the name of politics over ‘poor people’, staying and eating at five-star hotels. This shows their true colours and face. I would like to urge people in Bengal not to make any mistakes in identifying these people who are misleading the people.”

She said the country is staring at a food crisis because of the “adamant” approach of the BJP government to the continued agitation by farmers for withdrawal of the three new farm laws.

“The farmers are our assets and the Centre should not do anything that goes against their interest. Otherwise, the country will face a food crisis. I would like to tell the Central government to repeal the three contentious farm laws immediately for the interest of the farmers,” she added.