Home North-East ZPM urges ECI to delete names of Bru voters who are in... 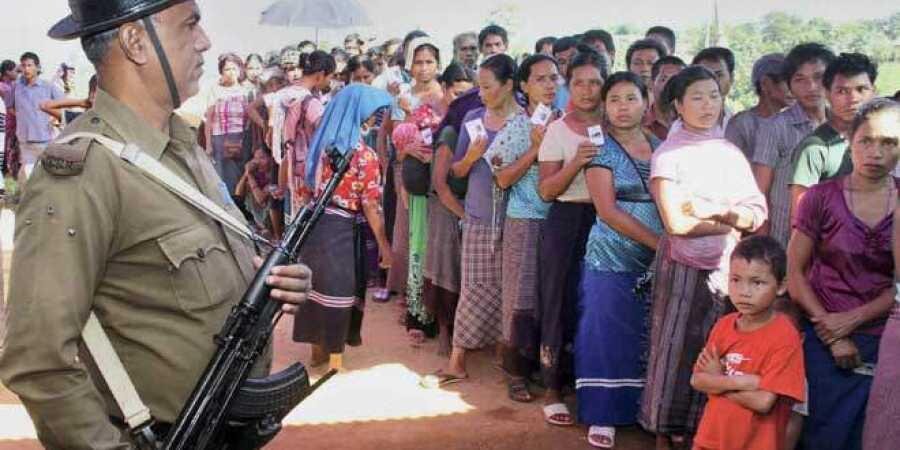 Mizoram, 25th November: Zoram Peoples Movement (ZPM) has written to the Election Commission urging the poll panel to delete names of Bru voters who are in Tripura, from Mizoram electoral roll, a party leader said.

According to election officials, at least 12,000 Bru voters in Mizoram among others, who have opted to permanently resettle in Tripura.

The letter said that the Bru migrants, who used to live in Mizoram but left the state on their own in 1997 and now settled in Tripura are still enrolled in Mizoram electoral roll more than two decades after they depart from the state.

It said that many attempts have been made by the Centre, state governments and civil society organisations to repatriate the displaced Bru people to Mizoram.

“Though many Bru families have returned to Mizoram during the repatriation exercises, majority of the Bru people have refused to return making fallacious and misguided excuses and are still settling in Tripura,” the letter said.

The letter also said that because of the special summary revision, which is currently underway in the state, names of the Bru voters should be deleted from the state’s electoral roll according to the January 16 agreement, which stated that the Bru people, who failed to return to Mizoram, would be permanently settled in Tripura.

Meanwhile, an official of state election department said that there are about 12,000 Bru voters in Mizoram, who failed to return to the state during repatriation.

He said that the Bru voters are still enrolled in the state’s voter list because their resettlement in neighbouring Tripura is under process.

“Once the Bru people have resettled and when their epic numbers are entered on EROnet to be enrolled in Tripura’s voter list, a corresponding deletion request will be sent to Mizoram and hence the Bru voters will be automatically removed from the state electoral roll,” the official said.

He said that resettlement of the Bru people in Tripura is outside the election commission’s ambit.

Thousands of Brus fled Mizoram and migrated to Tripura fearing ethnic tension triggered by the murder of a Mizo forest guard in 1997.

There have been at least nine attempts for repatriation of the Brus to Mizoram, with the latest round of repatriation organised between October and November 2019, during which 1,165 Brus, belonging to 289 families, had returned to Mizoram.

According to the agreement signed among the Centre, governments of Mizoram and Tripura and representatives of Bru organisations on January 16 this year, more than 35,000 displaced Bru tribals, who failed to return to Mizoram before November 2019 and were in refugee camps in Tripura, would be permanently settled in that state.

Earlier on Saturday, civil society groups in Mizoram urged the Centre and Mizoram and Tripura government to take measures for immediate fulfilment of the January 16 agreement.