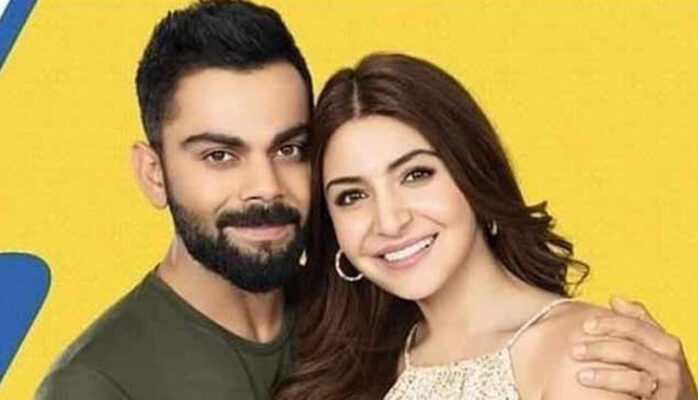 Jan 11: India cricket captain Virat Kohli and wife and Bollywood actress Anushka Sharma was blessed with a baby girl in Mumbai on Monday.

Kohli, who had been on the road since IPL 2020 in the United Arab Emirates, went on paternity leave after the first Test against Australia in Adelaide to be home for the birth of his first child.

Virushka, as their fans address them fondly, announced in August 2020 that they are adding another member to the family. In identical tweets, they had written, “And then, we were three! Arriving Jan 2021.”

Ever since the announcement of the baby, Anushka Sharma has been sharing her thoughts about this new journey in life. She had shared a photo flaunting her baby bump and wrote, “Nothing is more real & humbling than experiencing the creation of life in you. When this is not in your control then really what is?”

Kohli had come back from Australia after playing the first Test in Adelaide last month to be with his Bollywood actress wife and has been by Anushka’s side through the final days of her pregnancy. Virushka had been regularly posting pictures of Anushka’s progress on social media before she went into labor. Kohli even helped Anushka with her yoga routines after returning from the Australian tour.

They recently had dinner with Kohli’s India teammate Hardik Pandya, his wife Natasha Stankovic, and a bunch of their friends on January 1 and posted the picture on Instagram.

Kohli meanwhile, is being sorely missed by the Indian the team in Australia where they are playing a series of four Test matches. The team has already seen four players – Mohammed Shami, Umesh Yadav, KL Rahul and Ravindra Jadeja – getting ruled out since Kohli left in the third week of December.