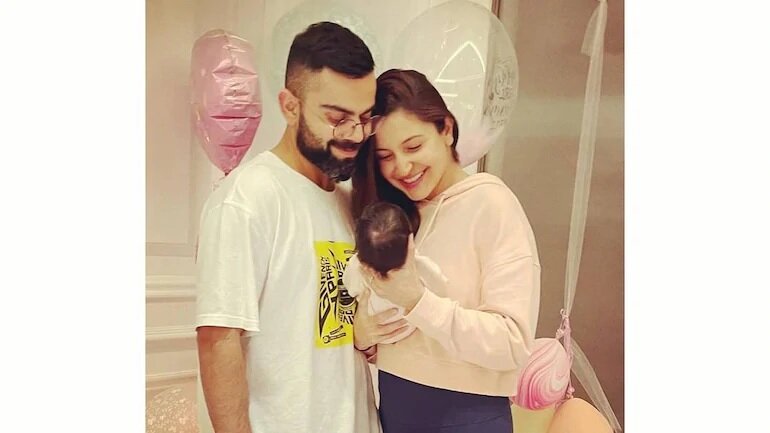 Delhi, Fab 1: Anushka Sharma and Virat Kohli on Monday revealed the name of their daughter, they named her Vamika. The actress shared the first picture of the newborn with her parents. In her post, she talked about her experience of being a mom and how their daughter has taken their life to a new level.

Anushka Sharma shared a photo of herself with her husband, Virat Kohli, and their daughter, Vamika. She wrote, “We have lived together with love, presence, and gratitude as a way of life but this little one, Vamika has taken it to a whole new level! Tears, laughter, worry, bliss – emotions that have been experienced in a span of minutes sometimes! Sleep is elusive but our hearts are SO full (sic).” She also thanked her fans and well-wishers and wrote, “Thanking you all for your wishes, prayers and good energy (sic).”

WHEN VIRAT AND ANUSHKA BECOME PARENTS TO BABY GIRL

On January 11, Anushka Sharma and Virat Kohli welcomed their daughter at Mumbai’s Breach Candy hospital. Proud father Virat Kohli took to Twitter to share the news. With a heart emoticon, Virat wrote, “We are thrilled to share with you that we’ve been blessed with a baby girl this afternoon. We thank you all for your love, prayers, and good wishes. Anushka and the baby are both healthy and we are feeling beyond blessed to start this new chapter of our lives. We hope that you can respect our privacy at this time. Love, Virat (sic).”

Anushka Sharma and Virat Kohli had tied the knot in December 2017 in Tuscany, Italy. Pictures from their dreamy wedding were the talk of the town that year.

Anushka Sharma and Virat Kohli’s daughter, Vamika, is coronial. Coronial is a term given to babies who have been conceived during the coronavirus quarantine period. A lot of people announced lockdown pregnancies, which has led to the coining of a new term – colonials.

According to Urban Dictionary, kids who were conceived during the quarantine, which was put in place because of the novel coronavirus pandemic, are known as colonials. Most of these babies will be born post-December 2020, continuing until Spring 2021. They may also be referred to as Covid-kids.