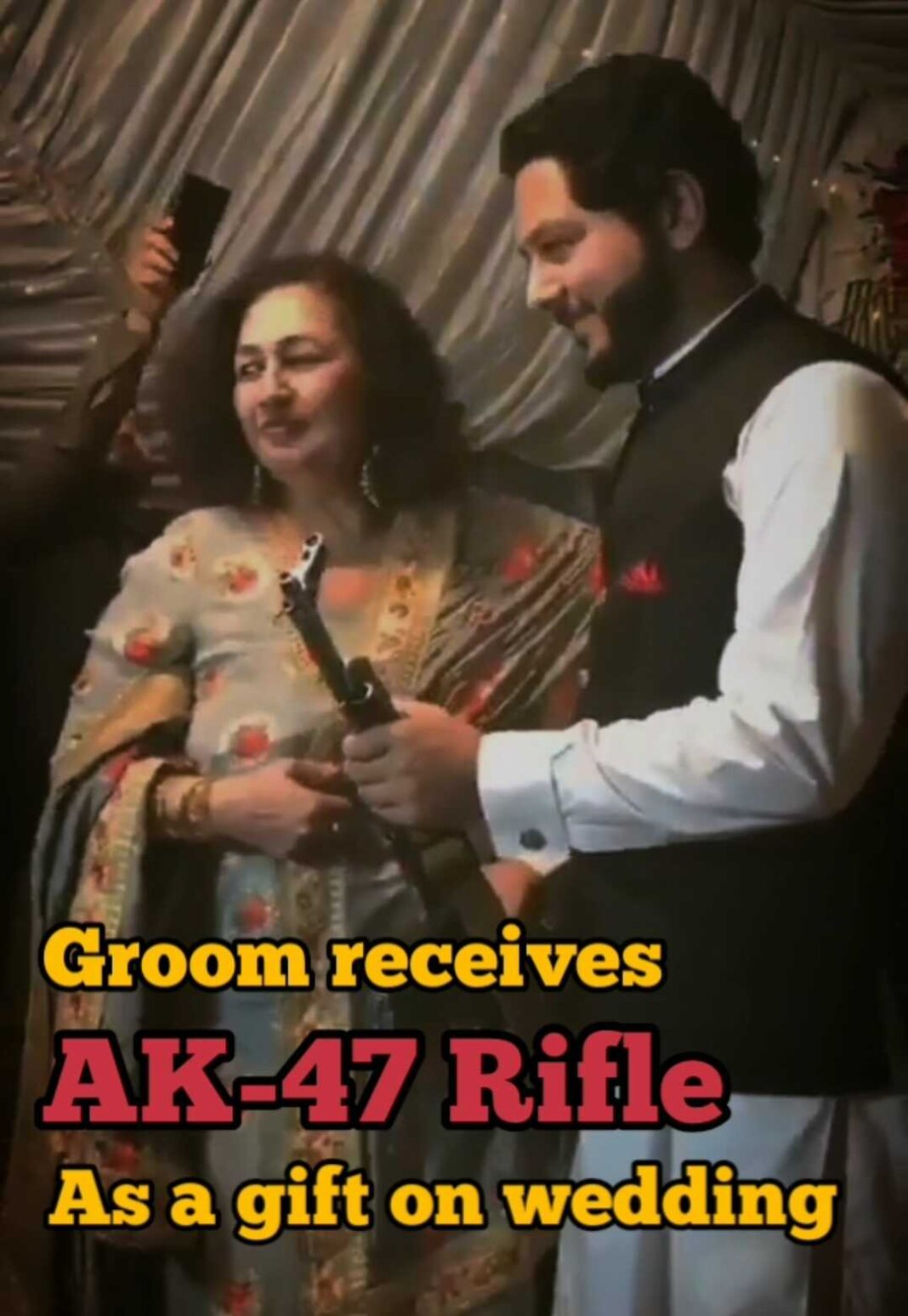 28th November: A video has been viral on social media in which a groom was seen receiving an AK-47 rifle on his wedding day as people cheer in the background. The video is said to be from a Pakistani wedding where the mother-in-law of the groom gave the ‘unique’ gift to the groom as shagun.

In the video, the mother-in-law first caressed the groom, and then someone handed her the AK-47 rifle. The groom as all as the mother-in-law were all smiles as she gifted him the lethal wedding gift and posed for the camera. The bride can be seen subtly giggling at her mother’s gesture.

It is notable that nobody in the video seemed to be surprised at such a dangerous gift. The groom acted as it was a normal wedding gift, the bride also had a subtle smile on her face, neither surprised nor shocked, and the guests at the wedding were cheering the woman for the choice of the gift. Perhaps it is not unusual to gift assault rifles at weddings in that part of Pakistan.