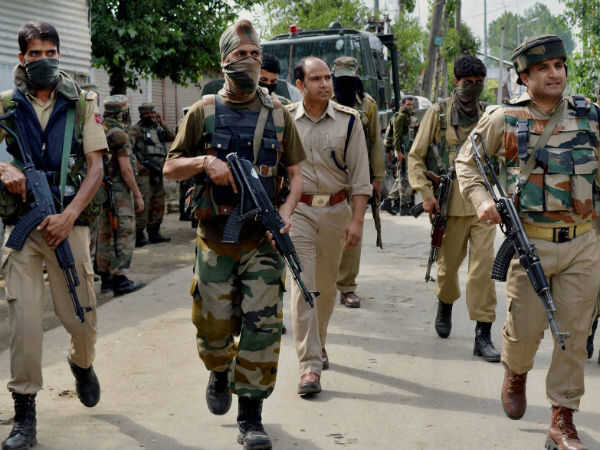 Guwahati, 20th October: Reacting to the NSCN (IM)’s allegation against the security forces, the Assam Rifles stated that, the group has falsely accused the security forces of brutality and high handedness towards Naga people in a statement wherein it stated that “Cease-Fire Monitoring Group (CFMG) should look into the matter with all seriousness to halt the arrest and raiding spree of the Assam Rifles”.

Kohima based Defence PRO said in a press statement that, the statement that action against NSCN(IM) is towards Naga people cannot be farther from the truth.

“Security forces have never apprehended any innocent civilians and have only acted against cadres of insurgent groups, indulging in activities in contravention of Ceasefire ground rules. As regards the operations on 09 Oct 2020, it is clarified that a joint operation was carried out with the Police, based on complaints from the public regarding the presence of armed military wing cadres of NSCN (IM) in Signal Angami Area of Dimapur, Nagaland in violation of the Ceasefire ground rules. Therefore, it was in the interest of public safety to verify the inputs and the Security Forces completed the operation and obtained a No-Objection – Certificate,” said in the press statement.

“In the incident of 12 Oct 2020 in Maram, Senapati District, Manipur the local battalion prevented a group of nine NSCN(IM) cadres who were carrying forceful illegal taxation from the transporters near Don Bosco School, however, SS 2nd Lt Kennedy attempted to hit one of AR soldiers who was performing his duties under sovereign protection of AFSPA 1958 and jumped into the bushes, thereby preventing security forces from carrying out their bonafide military duties within statutory powers,” the Defence PRO said in his statement.

The Kohima based Defence PRO said that – “Despite the same, the troops exercised maximum restraint and prevented the situation from escalating by apprehending the individual and handing over to Senapati Police Station. The local CSOs even gave an undertaking that the NSCN(IM) cadre was in a medically fit state and the cadre himself too promised the Security Forces that such illegal taxation would not be carried out in future.”

“As regards the incident on 14 Oct 2020 at 17th Mile, Jairampur, Changlang District, Arunachal Pradesh, military wing cadres of the NSCN (IM) were prevented from carrying out forceful illegal taxation, which was prevented by the Security Forces by conduct of their bonafide duty. Above mentioned operations were carried out by Security Forces under statutory obligation to prevent any such violation and maintaining peace in the area,” said in the statement.