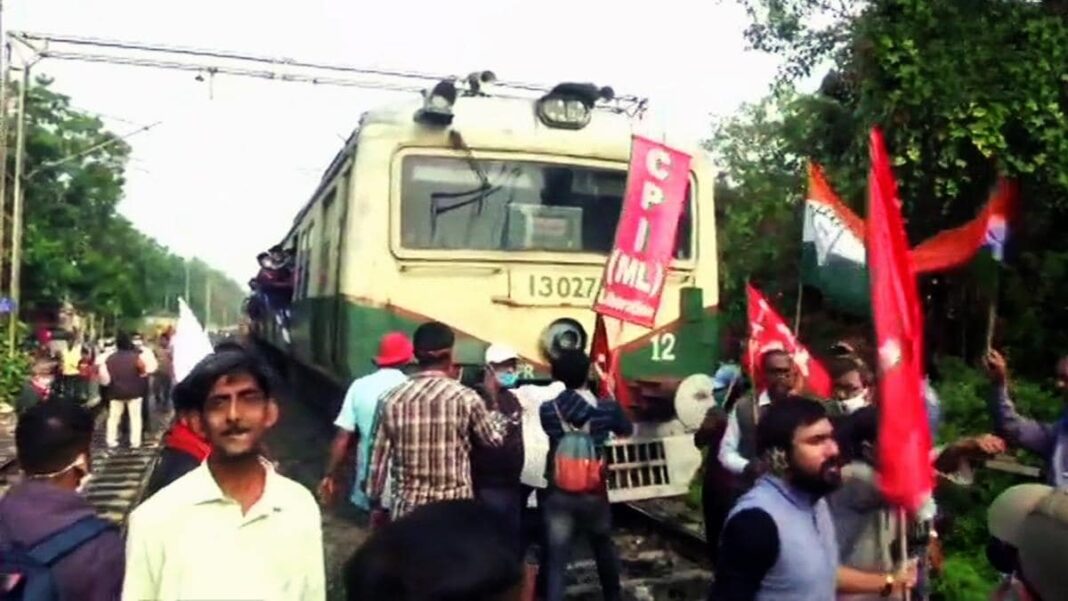 Protestors marched on the streets in Kolkata, North and South 24 Parganas and Howrah and raised slogans against the farm laws.

Despite the bandh call, some factory workers in Howrah continued their work as usual, while protestors near Domjur stopped the movement of vehicles. Security has been tightened in several areas to ensure law and order.

Meanwhile, police personnel have also been heavily deployed at the Singhu border (Delhi-Haryana border) in anticipation of protests from Punjab farmers.

Meanwhile, security deployment has been increased near Karna Lake in Haryana’s Karnal, in view of farmers’ ‘Delhi Chalo’ protest march from November 26 to November 28.

A traffic jam was witnessed on the Delhi-Jammu highway due to a strike called by farmers. Heavy deployment of police personnel has been on the Singhu border (Delhi-Haryana border) in the anticipation of farmer’s protests. Police are using drones to monitor the situation.

The Farmer’s Produce Trade and Commerce (Promotion and Facilitation) Bill, 2020 and the Farmers (Empowerment and Protection) Agreement of Price Assurance and Farm Services Bill, 2020 were passed by the Upper House in September through voice vote despite objection from opposition parties.

Ten central trade unions, which have called the bandh are: