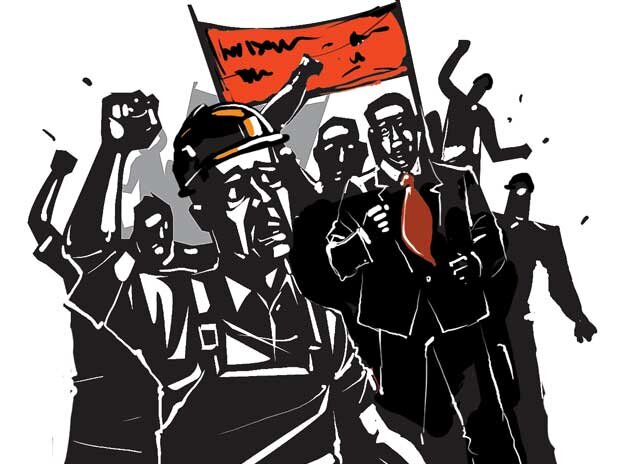 New Delhi, 23rd November: A joint committee of 10 central trade unions has given a call for a nationwide general strike on November 26, in protest against the Central government’s policies including new labour and farm laws as well as privatisation of public sector units.

In a press conference, union leaders said workers from all sectors, except those involved in essential services, would take part in the nationwide strike.

In addition to the 10 major trade unions, employees’ organisations in banking, insurance, Railway as well as State and Central government institutions would take part in the strike. Taxi drivers and workers from the unorganised sector too would be participating.

An estimated 1.6 crore workers will be part of the 24-hour strike, which will be from November 25 midnight to November 26 midnight.

The union leaders requested owners of private vehicles to keep off the road, except in cases of emergency, in solidarity with the strike. Considering the upcoming local body elections in Kerala, the strike in the State would be organised without disrupting the activities of the State Election Commission.

The major demands raised by the unions include withdrawal of anti-farmer and anti-labour bills, depositing of ₹7,500 in the accounts of all non-tax paying families, provision of 10 kilograms of food grains every month to families in need, expansion of MGNREGS to provide 200 workdays per year with increased wages and implementation of the scheme in urban areas also, end to privatisation in defence, railways, ports, aviation, power, mining and finance sectors, end to forced lay-off of employees in PSUs and provision of pension for everyone.

The union leaders said that they expected the members of the RSS-affiliated Bharatiya Mazdoor Sangh (BMS) to participate in the strike, even though the union itself was not cooperating with it.