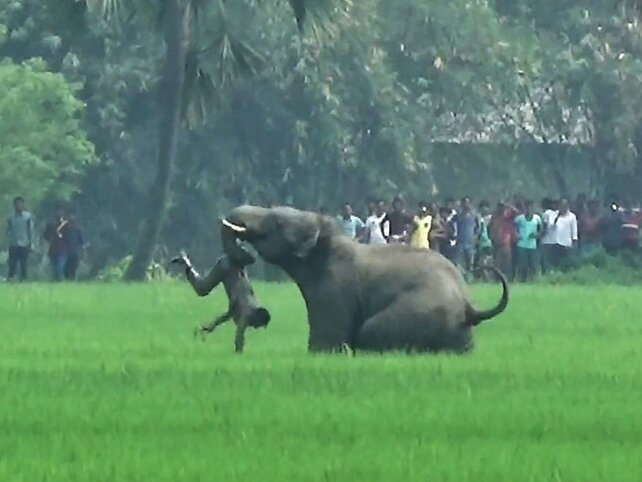 West Bengal, 21st November: The West Bengal government has started providing jobs to the next of kin of people killed by wild animals, mostly elephants, and tigers, in West Bengal since 2015.

“At least 584 people were killed by wild animals in Bengal between 2015 and 2020 [till October 31]. In the first phase at least 434 people would be provided the jobs of home guards,” said an official of the state forest department.

Between 2014 and 2019, the state accounted for the highest number of people killed by tigers and the second-highest by elephants after Odisha.

West Bengal has over 700 elephants and around 100 tigers. Often wild animals are killed in the human-animal conflict. According to forest department data, at least 47 elephants have been electrocuted in West Bengal since 2015.

“Till date villagers killed by elephants used to get a compensation of Rs 2.5 lakhs. We have taken a policy decision that henceforth we will provide a member of the victim’s family a job of the home guard,” said the official.

The move to provide jobs comes six months before the assembly elections. The Bharatiya Janata Party (BJP) is posing a tough challenge to the ruling Trinamool Congress (TMC). The state government has also started providing jobs to family members of untraceable people abducted by Maoists around a decade back.