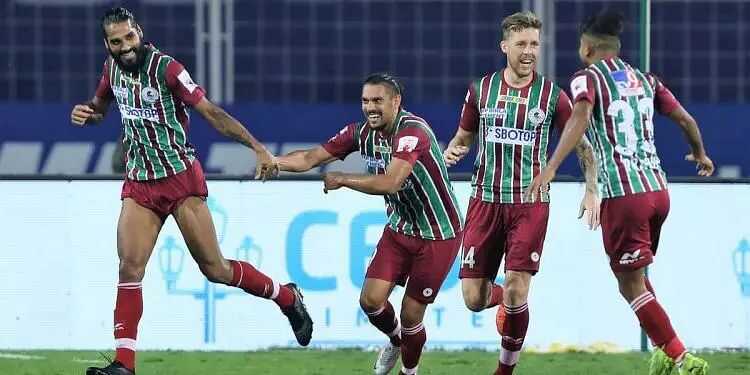 ISL 2020-21, Jan 4: ATK Mohun Bagan continued their fine run in the Hero Indian Super League table with a comfortable 2-0 victory over NorthEast United FC at the Fatorda Stadium on Sunday. With this win, ATKMB reclaim the top spot ahead of Mumbai City FC.

A goal from Roy Krishna and an own goal from Suhair Vadakkepeedika in the second half helped ATK Mohun Bagan to victory.

Six yellow cards were handed out — a seven-minute double early in the second half settled things in favour of the Kolkata outfit. Fijian striker Roy Krishna scored his first goal from open play in nearly a month in the 51st minute. Soon, in the 58th minute, an own-goal from Benjamin Lambot increased ATKMB’s lead.

“We played a good match against NorthEast United FC. In the first half, the match was more balanced but in the second half we were more superior,” Habas said at the post-match press conference.

“Sometimes it’s very difficult to play with the same intensity without the fans in the stadium. I think this is very important,” Habas said.

“We are concerned because we want to win. We want to have a competitive season. We are building a team for the future with a lot of young players so it takes time to build up. Every training game is a chance for us to get better,” Nus said after the match.

Nus lauded his opponents but also took some positives from the result.