Home North-East Four held with illegal drugs worth Rs 2.19 crore in Guwahati and...

Based on intelligence input, police had launched operation at Jorabat area and intercepted two vehicles.

During search, security personnel had recovered contraband drugs worth Rs 5 lakh from the vehicles.

Security forces had apprehended three drug peddlers including a woman.

On the other hand, troops of Assam Rifles under the aegis of HQ IGAR (S) on Monday stopped a suspicious Maruti Zen car (Brown Colour) bearing registration number WB-02U-0775 driven by a person identified as Paukhanmang Guite of Churachandpur district in Manipur. 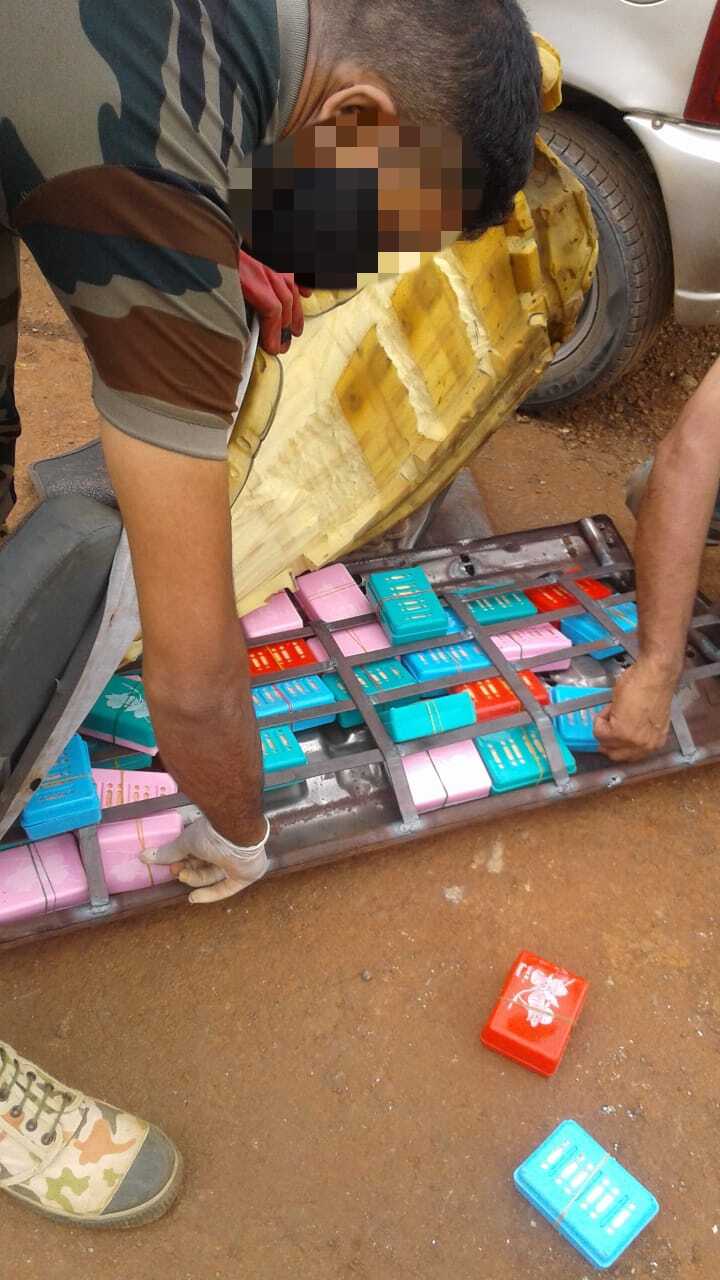 On thorough checking of the vehicle, troops recovered 1.07 kg of Brown Sugar worth Rs 2.14 crore from the vehicle.

The recovered items were being ferried to Imphal from Moreh.

The detained individual and the recovered items have been handed over to Moreh police station for further investigation.