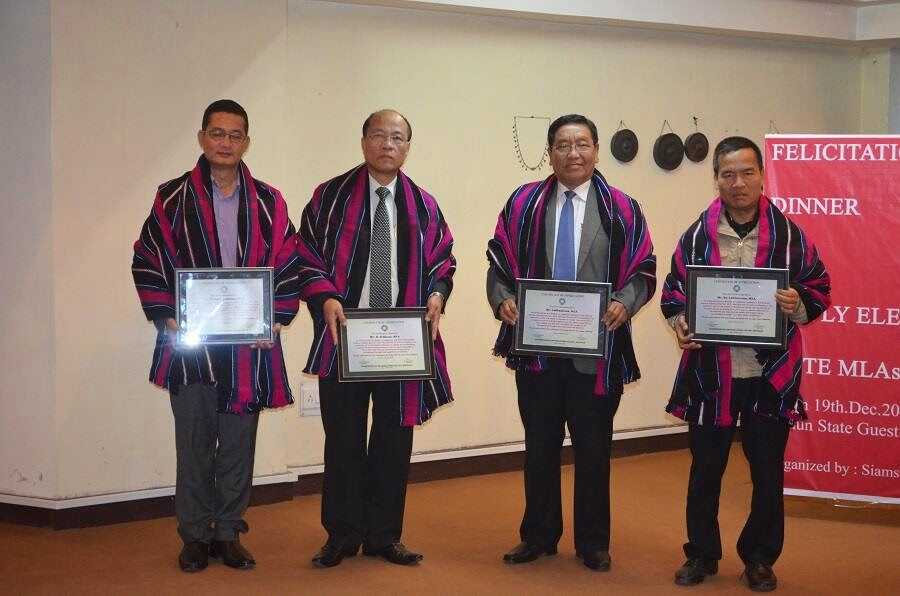 Mizoram, 30th November: The Centre is committed to amending the Sixth Scheduled of Constitution to give more powers to the three autonomous district councils (ADC) in Mizoram, BJP national spokesperson Mmhonlumo Kikon said on Monday.

“We hope we will form the government with the help of some independent candidate who support us”, he added.

“The 6th schedule will be amended to give more powers to the Autonomous District Councils in Mizoram once the Standing committee submits its reports. This is solely for the development of the minority community areas and will strengthen the holistic development of the state of Mizoram by having a special provision for its minorities,” Kikon added.

The BJP have fielded 17 candidates out of 25 seats in ADC.

Commenting on the alliance partner with the MNF, Kikon said that “MNF is a true partner of BJP. He also said that MNF wins the election in 2018 with the help of BJP, he further said that there is a strong partnership with the MNF under Zoramthanga.”

BJP National Spokesperson and Nagaland MLA Mmhonlumo Kikon said that North-eastern states are all NEDA partners and the border issues should be resolved between the two states since both the states are partners of NEDA. He also said that there was no communication of Northeastern states during the Congress government. He further said that Naga-Assam border issue will be resolved once Naga Peace Accord is signed.

He further said that anti-Christian BJP is a propaganda throw by the Congress party and some opponent party. “We feel Corruption is anti-Christian, BJP only doing for the development in the state”, he added.

He further said that the Centre came to know that Mizoram has become the sports powerhouse of India, there are many developmental funds for the state of Mizoram under Union Sports Minister Kiren Rijiju and Prime Minister Narendra Modi, he added.

He also applauds the efforts Health Minister Dr R. Lalthangliana in fighting Covid-19 in the states he also applauds the Church, the YMA, the local task forces for the vigilant and proactive participation in containing the spread of the virus.