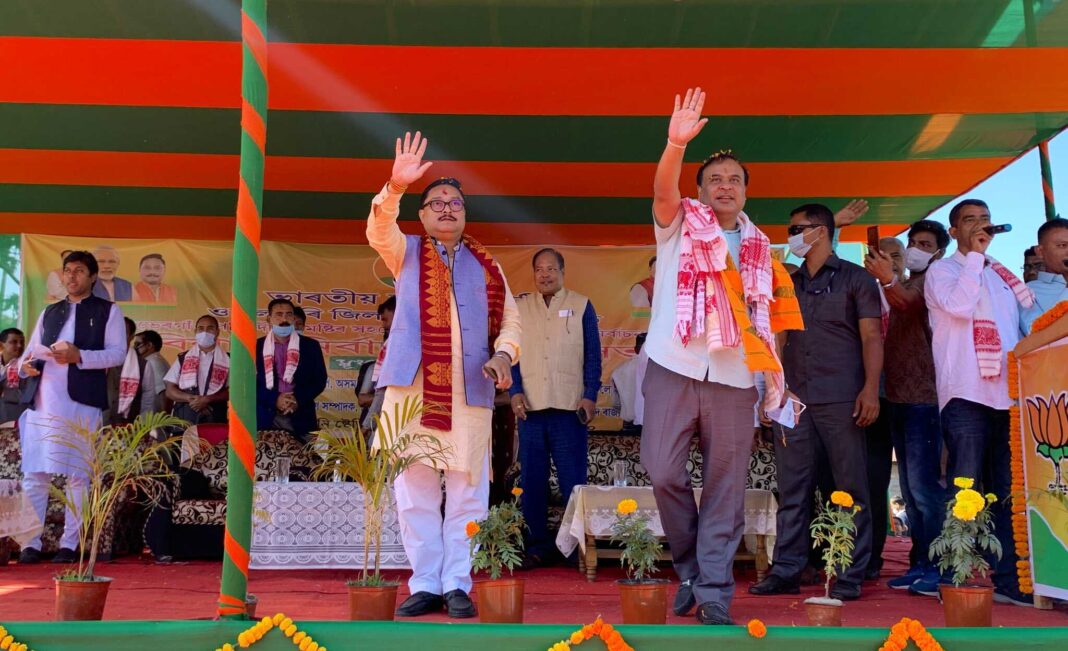 Dr Sarma said that Panchayat elections would be held in the areas under the BTC.

“BJP will abolish the VCDC. Panchayat elections will be conducted in the BTC areas so that no anomalies can take place,” he said at an election rally in Udalguri district.

Sarma alleged that during the reign of Hagrama Mohilary-led BPF, VCDCs were engaged in widespread corruption. He promised that this system would be abolished if the BJP assumes power in the BTR.