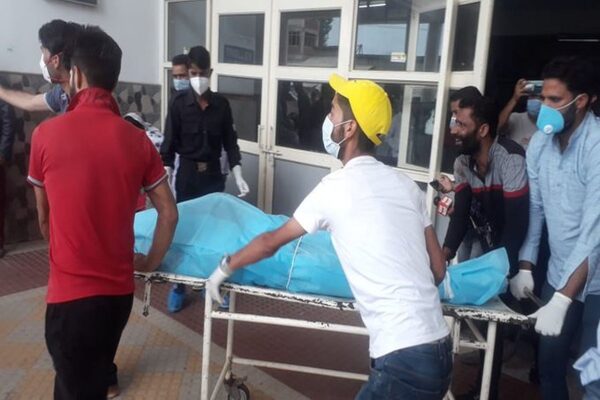 The BJP workers were attacked at Shyamnagar Power House Corner of Jagaddal police station when they were arranging party flags and banners ahead of the Rath Yatra scheduled to take place on Thursday.

One person was seriously injured in the attack and taken to Bhatpara State General Hospital.

Three BJP workers — Ram Avatar Prasad, Ajay Bhagat and Ganesh Sahu — were allegedly beaten while they were putting up party flags at Power House More ahead of Parivartan Yatra in the Jagatdal.

Ram Avatar Prasad, who was seriously injured in the incident, alleged the TMC goons are behind the attacked.

Ram Avatar, a teacher by profession, said. “We were sitting there when suddenly a few anti-socials came and attacked me. We were putting the flags ahead of Parivartan Yatra. We couldn’t recognise them but we think they are from the TMC.”

Also Read: West Bengal has made up its mind for poriborton: PM Modi at Hooghly rally

Jagatdal police have initiated an investigation into the matter.

“The yatra is postponed. We will move to court and resume the yatra,” media reported.

The situation remained tense in Kanchrapara of North 24 Parganas district on Wednesday after Nadda’s ‘Parivartan Yatra‘ was allegedly stopped by Bijpur police.