Home Top News West Bengal has made up its mind for poriborton: PM Modi at... 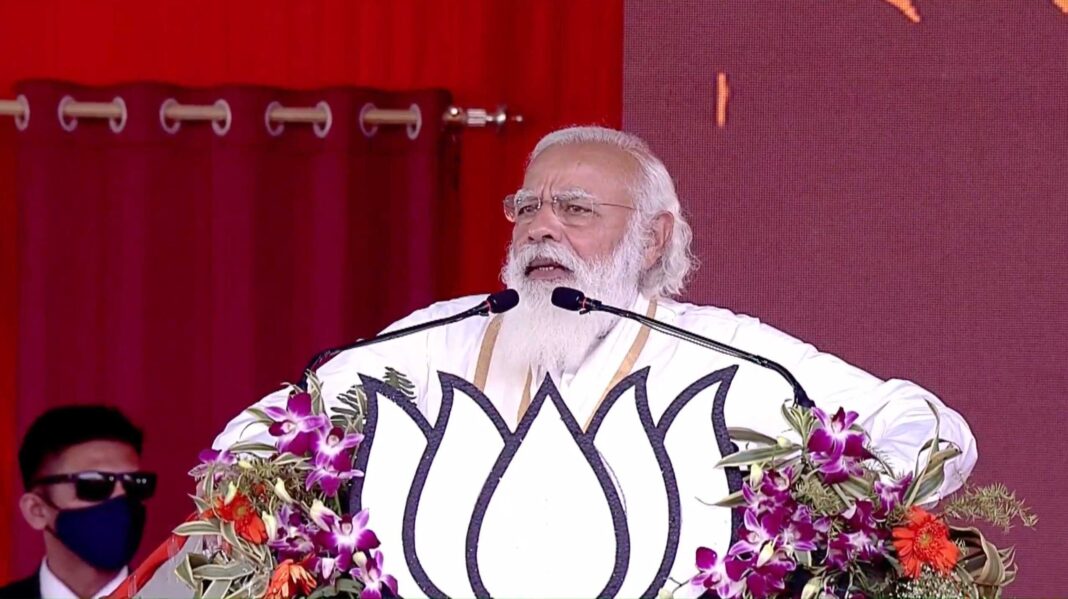 Bengal, Feb 22: Prime Minister Narendra Modi, who addressed a public meeting rally in Hooghly, West Bengal on Monday, said that the state had made up its mind ‘poriborton‘ (change).

PM Modi Hooghly rally, a part of Bharatiya Janata Party’s campaign for the upcoming Bengal polls, started with the chants of ‘Modi, Modi’. Reacting to the crowd’s enthusiasm, PM Modi said that the state has made up its mind for change.

“This enthusiasm and energy by all of you is sending a message from Kolkata to Delhi. Now West Bengal has made up its mind for ‘poriborton‘, PM Narendra Modi said.

PM Modi started his speech with a tribute in Bangla to Baba Tarak Nath of the famous Tarakeshwar shrine.

Earlier today in Assam, Prime Minister accused the previous governments of neglecting the state and the northeast and reaffirmed his commitment to the development of the region.

“Those who ruled for decades since Independence believed Dispur was too distant from Delhi. ‘Dilli ab door nahi aapke darwaaze par hai‘ (Delhi is not far now, it stands at your doorstep,” he told a massive gathering after dedicating to people, inaugurating and laying the foundation of a slew of projects worth over Rs 3,300 crore.

Modi also said that he will visit Assam and other poll-bound states as many times as possible before elections are announced, likely in the first week of March.