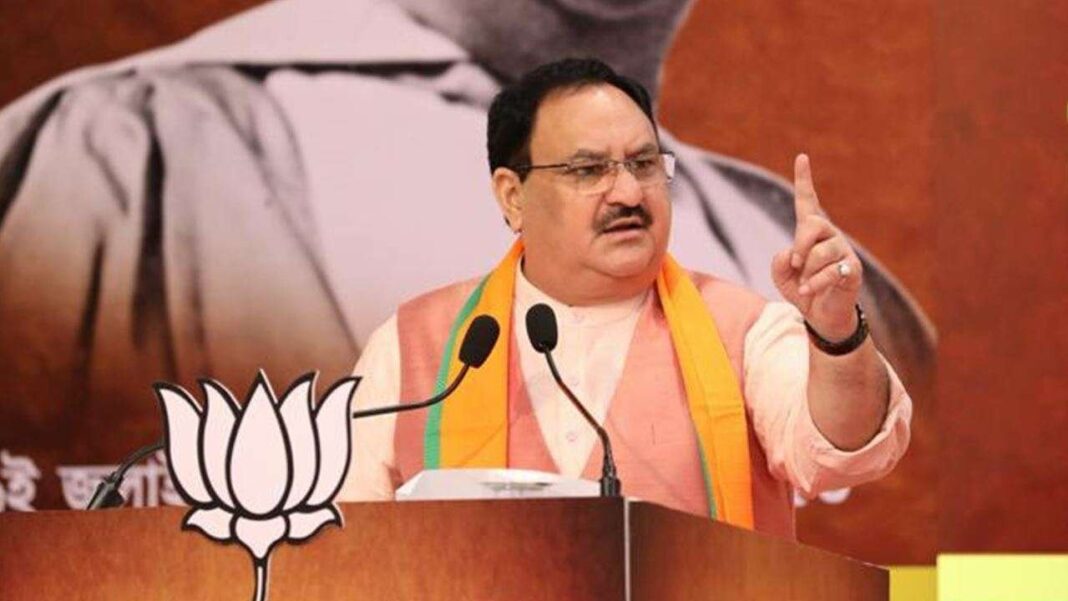 Assam, Jan 11: Bharatiya Janata Party (BJP) national president JP Nadda on Monday assured the people in Assam that his party will always take good care of the state’s unique culture and language. JP Nadda is on a two-day visit to poll-bound Assam during which he addressed a rally in Silchar and attend other party programs.

While addressing an election rally in Assam, the BJP president highlighted the Modi government’s achievements, saying the Bodo crisis which was hanging for nearly 50 decades, as well as the Bru-Reang crisis, was resolved by the BJP-led government at the Centre.

In an attempt to corner the Congress-led opposition in Assam, JP Nadda said that the state got only Rs 50,000 crore for development, however, the Modi government provided Rs 3 lakh crore for the development of the northeastern state.

Listing down BJP government’s achievements, Nadda informed that Assam today is 100 percent open defecation free, and out of the 11 crore toilets built, 35 lakh were built here.

BJP, which had won the Assam Assembly Election 2021, has expressed confidence in keeping the throne after putting up an impressive show in recent local elections. Also, the demise of the three-term chief minister and senior Congress leader Tarun Gogoi has also dealt a blow to the Congress-led opposition.

The Opposition is expecting to attack the BJP on a host of issues, including the contentious Citizenship (Amendment) Act.