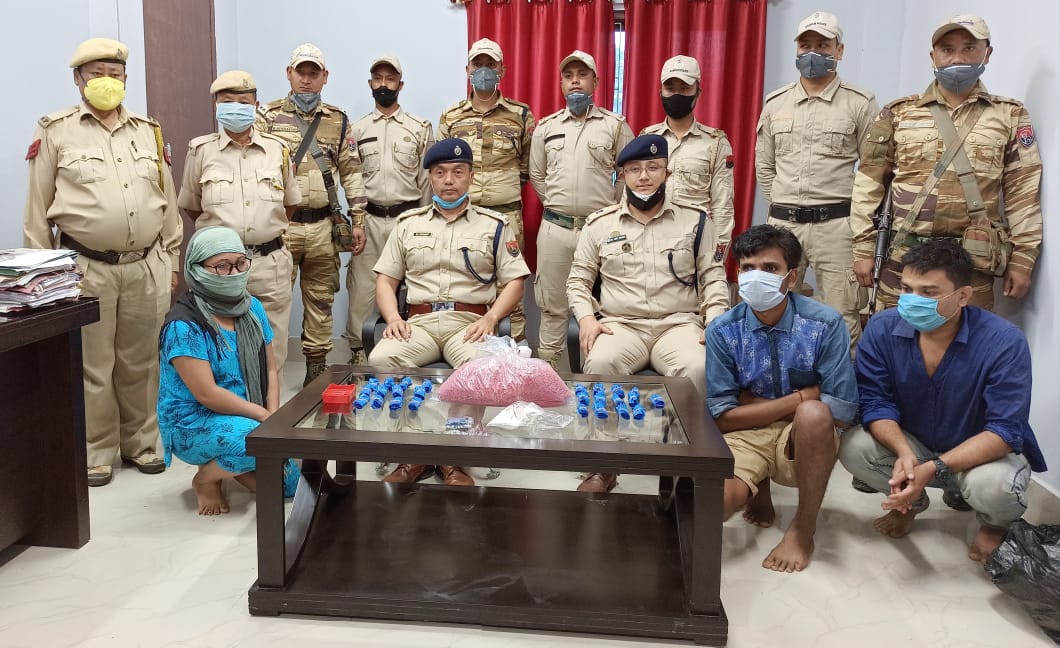 Based on specific information about a consignment of contraband, troops of Assam Rifles launched an operation at Padam Pukhuri area and recovered 1040 bags of contraband (Myanmarese Areca Nuts) amounting to Rs 2 crore.

Later, the seized contraband was handed over to Custom Preventive Division Officials, Dimapur.

On the other hand, police had seized contraband drugs worth over Rs 2.50 crore in Manipur’s Moreh area along the Indo-Myanmar border.

According to the reports, based on intelligence input, Moreh police and Commando had launched an operation in Moreh area along Indo-Myanmar border on Friday evening and arrested a person named Barul Alam and recovered 50,200 pieces of WY tablets and 11 grams of heroin powder in possession from him.

Security personnel had arrested the person while he was travelling from Moreh towards in a private vehicle.

Later police had arrested two more drug peddlers and they were identified as Sangkim Hmar and V Rajashekhar.

A case was registered at Moreh police station.

Tengnoupal district Superintendent of Police (SP) Vikramjit Singh said that Moreh police have seized WY tablets worth over Rs 7.75 crore, brown sugar worth over Rs 25.97 crore and heroin worth over Rs 4.60 lakh in June and ongoing July month in Moreh area so far.