Home Assam Assam: Clash between 2 groups over land ended with a murder 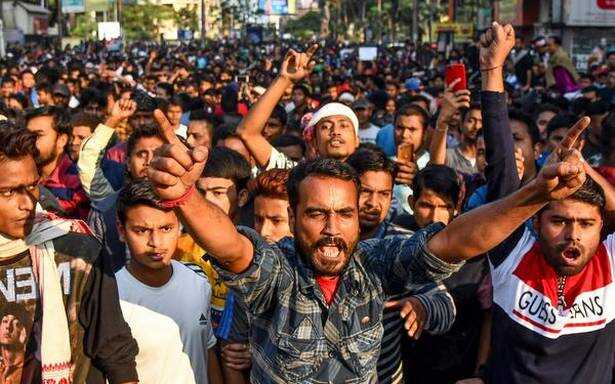 Assam, 4th October: A clash over a piece of land in Assam, between two groups results in the murder Kaim Bhasani one of the group members in Char village which falls under Dhubri Sadar police station.

The deceased was identified as Abdul Motley. Also, four people, Amir Ali, Danesh Ali, Joynal Ali and Anowar Jaman were seriously injured. The four seriously injured have been immediately admitted to the Dhubri Civil Hospital for their treatment.

However, the victim’s has filed an FIR against Anowar Ali and 27 other persons. According to the victim’s family, these 28 people were involved in the brutal attack. The victim’s family has also mentioned that there has been a dispute between the two parties over a piece of land.

On Friday (2 October), a clash between the two parties in Dhubri Assam broke out in the evening, the quarrel soon took turn into a fight in which Abdul Motleb and four others were seriously injured. All the five injured were soon admitted to the Dhubri Civil Hospital. In spite of admitting them, Abdul succumbed in the early hours on Saturday (3 October) while the others are still fighting for life in the hospital.

Dhubri police stated that they are investigating the matter. Yet no one has been arrested.