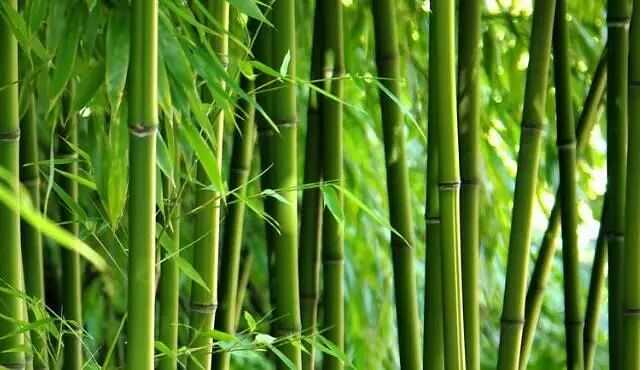 Guwahati, September 18: Assam Chief Minister Sarbananda Sonowal on Friday urged the farmers and entrepreneurs of the state to tap the market potential of bamboo by adopting innovative and scientific approaches.

He said that the state government has already developed a roadmap to strengthen the state economy by giving priority to bamboo and cane sector.

Speaking at the celebration of World Bamboo Day organized by the State Bamboo Development Agency and Bamboo Technology Park, Chaygaon under the aegis of Industries and Commerce Department of the Government of Assam at Assam Administrative Staff College in Guwahati, the Assam Chief Minister also stressed on the need to focus on quality production and value addition of bamboo products.

Sonowal said that bamboo has always been a part and parcel of our social life. Though bamboo grows naturally in the State, it has never been considered from a business point of view earlier and said that progress in the field of science and technology has made people aware of its commercial viability.

He said that the state could significantly gain from exporting bamboo products, which has tremendous demand globally.

He also observed that like Assam tea, Assam bamboo has huge potential to capture world market and asked the State Bamboo Development Agency officials to provide all support to farmers and bamboo entrepreneurs.

Sonowal further said that Prime Minister Narendra Modi discovered the potential and possibilities of Assam and the northeast to be the growth engine of the country.

He said that due to pro-active steps of the Prime Minister bamboo has now been classified as grass which was earlier categorized as forest product, thereby making production, transportation and marketing of bamboo and its products hassle-free.

He said that tissue culture for production of good variety of bamboo has already been started and bamboo plantation in a massive scale would be taken up soon in the state.

The Industries Minister stated that bamboo has turned into green gold today and the state is working to tap the potential.

He also pointed out that the country’s two-third bamboo is produced by the northeastern states and out of this around 30% is produced in Assam. Moreover, with the commissioning of the bio-fuel plant at NRL, work for which has already begun, there will be a demand of 5 lakh MT bamboo in the State, he said adding that a roadmap is prepared so that bamboo waste can be utilized for economic benefit.

He also informed that the State Government has already signed an MoU with Flipkart to e-market handicrafts and bamboo products.

Kamesh Salam, during whose tenure as President of World Bamboo Organization in 2009, World Bamboo Day (WBD) was declared by the Thai Royal Forest Department on 18 September 2009 in Bangkok, in his speech said that bamboo industries are gradually moving out of China and there is a huge investment potential.

He said that most of the bamboo products found in different parts of India are produced from Assam bamboo. However, he observed that bamboo in Assam is not grown systematically and quality-wise it is not very good besides waste being around 80%. He urged the government to take steps for quality bamboo production to tap the potential available in this sector.

Chief Minister Sonowal on the occasion released a logo and inaugurated a website of the State Bamboo Development Agency besides interacting with bamboo farmers and entrepreneurs.

He also presented awards to winners of competitions held to mark the celebration of World Bamboo Day.

Assam Bamboo Development Agency inked an MoU with Cycle Pure Agarbatti in the programme. CEO of the Agency Dimpy Bora made a presentation highlighting the Assam Bamboo & Cane Policy and various initiatives taken in this sector.