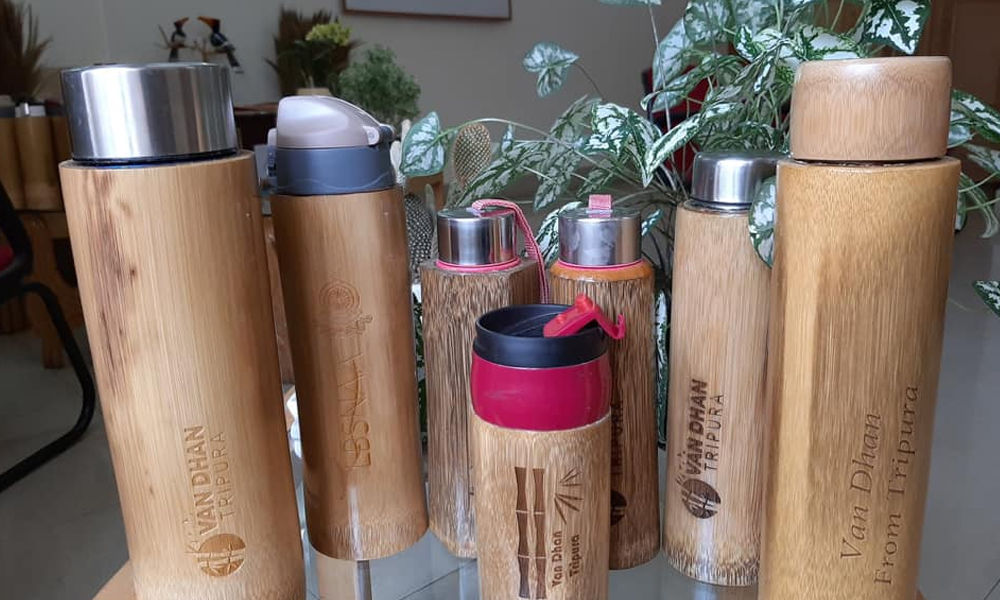 The Bamboo and Cane Development Institute in Tripura has come up with innovative and eco-friendly bamboo water bottles made by local Tripura artisans which can be used as an alternative to plastic bottles.

These bamboo bottles are being applauded as the institute has already introduced the first tested export quality prototype. Among buyers is included Bollywood actress Ravina Tandon.

Just ordering mine! Have you? pic.twitter.com/r6b0efE9FC

One of the top officials of the Bamboo and Cane Development Institute iterated, “As soon as the single-use of plastic was banned, BCDI Tripura took initiatives to promote bamboo as an alternative to the plastic. In different states, there were such attempts already but fungal contamination and leakage problems were reported. What we had designed has no such issues. Our products are of exportable quality with no leakages or contamination issues.“

The first of its kind, these bottles have been made leakage free and exportable with the use of metal or glass coating so that water does not come in touch with the bamboo directly.

The main advantage of such bottles is that these can be manufactured using simple pieces of equipment, and thus reducing the cost of production.

It will also take the country, a step closer to the idea of ‘ Atma Nirbhar Bharat‘ using the new slogan of “Vocal for Local”, said the official.

“In China, these kinds of bottles are made but they use Venire—a special material that requires a huge set up for manufacturing. We just used its natural form so that rural people can make these items at their homes using hand tools, power tools etc. Standards were made export quality we can also sell it other countries along with other states. It is a plastic alternative product.” She added.