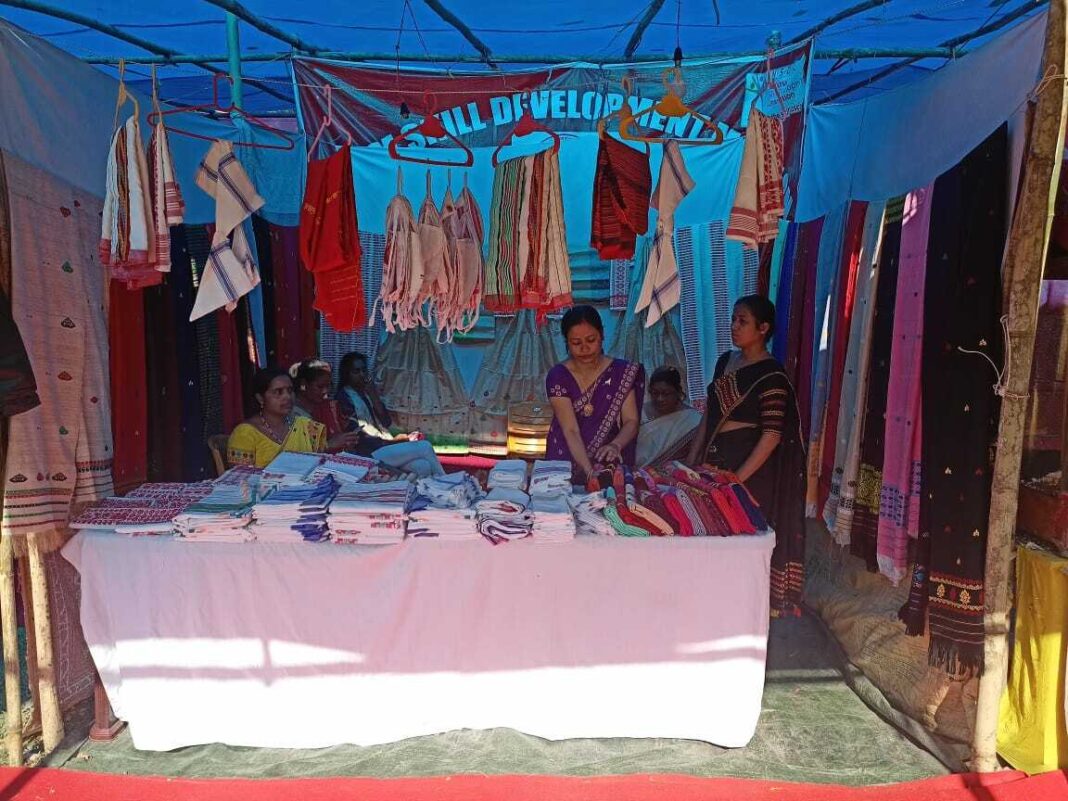 Assam ASDM, Jan 6: Assam Skill Development Mission (ASDM) put up a stall at the Sonowal Kachari Exhibition. The TP Shiva Technical Enterprise has set up the table for the candidates, who are getting trained under the job role of two shaft Handloom weaver and Jacquard Weaver to display their own woven items.

ASDM’s TP Shiva Technical Enterprise has put up their stall at Sonowal Kachari Exhibition for their candidates, who are getting trained under the job role of Two shaft Handloom weaver and Jacquard Weaver to display their own woven items.@anandips04 @cmpatowary @SkillReporter pic.twitter.com/cp4zbyjvPB

Chief Minister Sarbananda Sonowal said that one of the remarkable successes of the present State government in Assam has been to strengthening peace and harmony as no incident of ethnic violence took place in the State during the last four and a half years.

He attributed this to the State government’s exemplary initiatives for fostering peace and harmony among all communities living in Assam.

The Chief Minister said this while taking part as the chief guest at the 6th biennial conference of Tinsukia district unit of All Assam Sonowal Kachari Students’ Union which was held at Dandidhar Phatowali Samannay Kshetra, Bihiya village at Dangori in Tinsukia district.

The Sonowal Kachari community has played an important role in Assam's progress.

Spoke about our commitment to empower the indigenous communities of the state at the 6th Biennial Conference of All Assam Sonowal Kachari Students Union at Dangori, Tinsukia. pic.twitter.com/CB001kpf5G

Highlighting the State government’s unrelenting tirade against corruption, the Chief Minister said that the Assam government had brought about significant reforms in the Assam Public Service Commission and as a result, recruitment processes are being held in the most transparent manner facilitating meritorious students to secure government jobs. He also highlighted the progress made, in making the state free from illegal migration, insurgency, and pollution.

The Sonowal Kachari is one of the indigenous peoples of the state of Assam in Northeast India. They are of Tibeto-Burman origin and are closely associated with the other ethnic groups of Assam which are commonly referred to as Kachari.

The name Sonowal comes from the word ‘Son‘ which means gold in Assamese. The traditional occupation of the Sonowal kacharis was gold panning, that is extracting gold from the riverbeds.

They are predominantly inhabitants of Dhemaji, North Lakhimpur, Tinsukia, and Dibrugarh districts of Assam, along with pocket populations in Jorhat & Golaghat districts. The headquarters of the Sonowal Kachari Autonomous Council is at Dibrugarh.