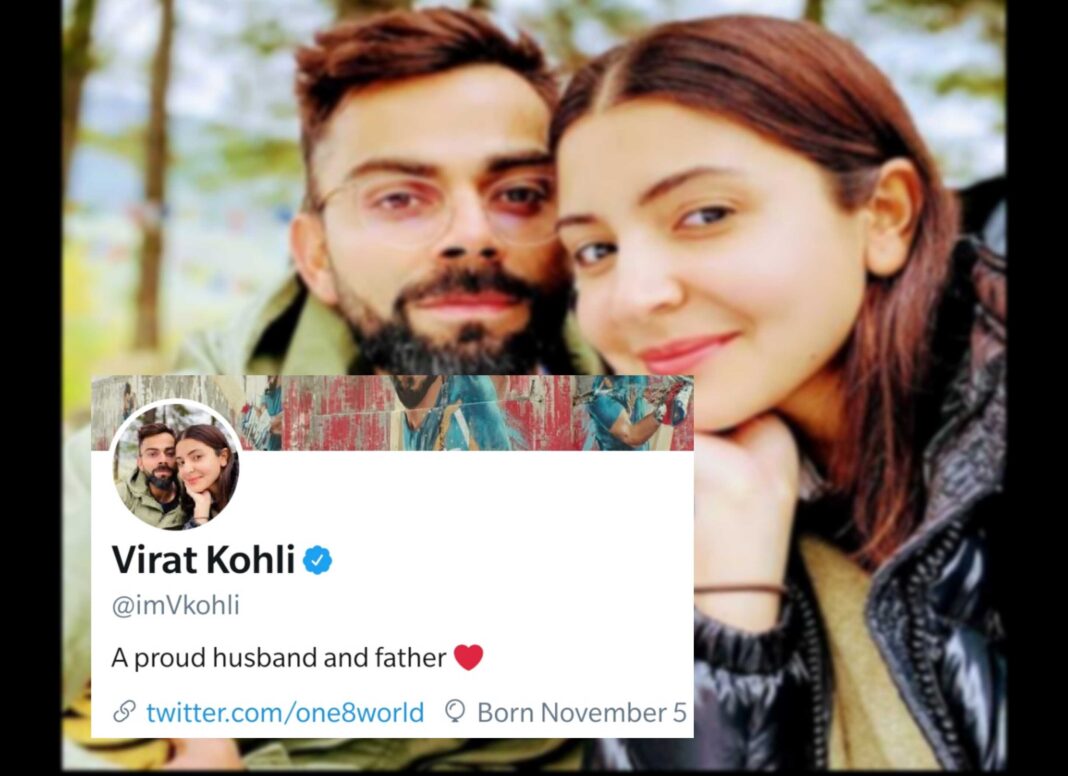 Jan 18: While Kohli remains active on the social media platform ever since he turned a father, the 32-year-old recently also made heads turn as he changed his Twitter bio.

Indian captain Virat Kohli was over the moon as he took to his official Twitter handle and wrote, “We are thrilled to share with you that we have been blessed with a baby girl this afternoon. We thank you all for your love, prayers, and good wishes,” Kohli tweeted.

Indian captain Virat Kohli became a proud parent after his wife and Bollywood actress Anushka Sharma welcomed the couple’s first child; a baby girl. Kohli returned home from Australia to miss the last three Tests of the Border-Gavaskar Trophy due to paternity leave.

“Anushka and the baby are both healthy and we are feeling beyond blessed to start this new chapter of our lives. We hope that you can respect our privacy at this time,” added the star batsman.

Kohli’s bio now reads, “A proud husband and father“. While the couple was rumored to be dating for quite some time, the two tied the rumoured private affair in Italy in late 2017. More than three years into their marriage, the couple — known as Virushka by their ardent fans — have now been blessed with a newborn. Since then, suggestions have been coming up from all quarters by their fans regarding the name of their baby girl.

Despite on daddy duties, Kohli has still been following the proceedings between India and Australia in the fourth and final Test at The Gabba, Brisbane, He praised Washington Sundar and Shardul Thakur following their 123-run seventh-wicket stand to take India to 336 in response to Aussies’ 369 in the first innings.