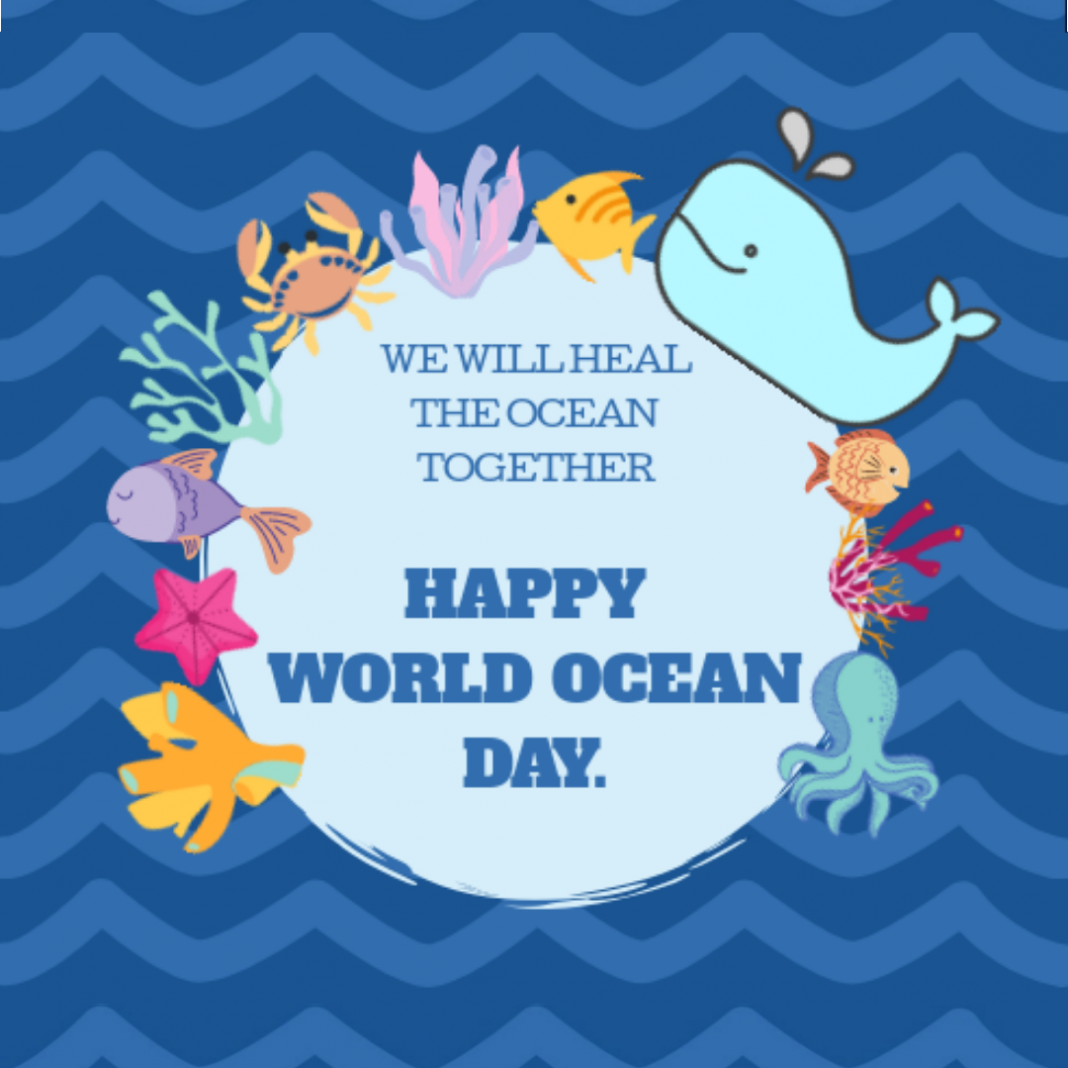 World Ocean Day: We will heal our oceans together

Did you know that the deepest oceanic trench on Earth outpaces the Chinese River regarding pollution levels?

Did you know that this deepest trench or the renowned, remote Mariana Trench too is not free of plastic waste?

A day to celebrate the role of oceans in our everyday life, inspire everyone to protect our oceans and to utilize marine resources sustainably, 8th of June is celebrated every year all over the world by the United Nations as World Oceans Day.

The oceans have a titanic influence on climate.

From absorbing radiation to releasing heat to cause precipitation and healthy atmospheric circulation to release aerosols which helps cooling down temperatures to absorbing carbon dioxide, our climate is controlled by the oceans in its entirety.

However, over the past decades, there has been a mammoth rise in pollution levels in the oceans, sea-level rise and subsequently, adverse climate change phenomena have been occurring continually.

This year’s theme, as decided by the UN is “Innovation for a Sustainable Ocean“.

But is the innovation possible?

Yes. With human will and human desire, it indeed is.

But as many reports suggest, are the oceans healing in this period of lockdown?

Well, the two very recent events which occurred during the period of lockdown- a result of the Covid-19 pandemic, suggest otherwise.

Cyclone Amphan and Cyclone Nisarga, originating from the Indian Ocean and the Arabian Sea hit the east and west coasts of India respectively, devastating areas, causing cosmic damage to property and lives of people.

These two cyclones were not some ordinary cyclones. These were the product of tremendous thermal heating, pointing out that the oceans are heated up beyond normal.

Added up with the total amount of plastic and radioactive waste that has been dumped into the oceans, this poses a serious threat to oceanic biodiversity.

“From whales to micro planktons, all marine animals are ingesting microplastics. This, in turn, is posing a serious threat to the entire food chain of the oceans.” said Professor Sugato Hazra, an oceanographer associated with the school of Oceanographic Studies, Jadavpur University in Kolkata.

The damage that human intervention has done to the oceans is leading to phenomena like Ocean acidification. Examples can be found in parts of Paradip in the Odisha coast itself.

But, this doesn’t mean that the oceans are beyond repair. This period of lockdown has shown us that although such a little period is not enough to recover the oceans, “we can indeed bring a change if we decide worldwide to live sustainably, in resonance with nature and ocean” in the words of professor Hazra.

So, this Ocean’s Day let’s pledge to heal our oceans with a little more love, care and responsible behaviour.

We will heal the oceans together.