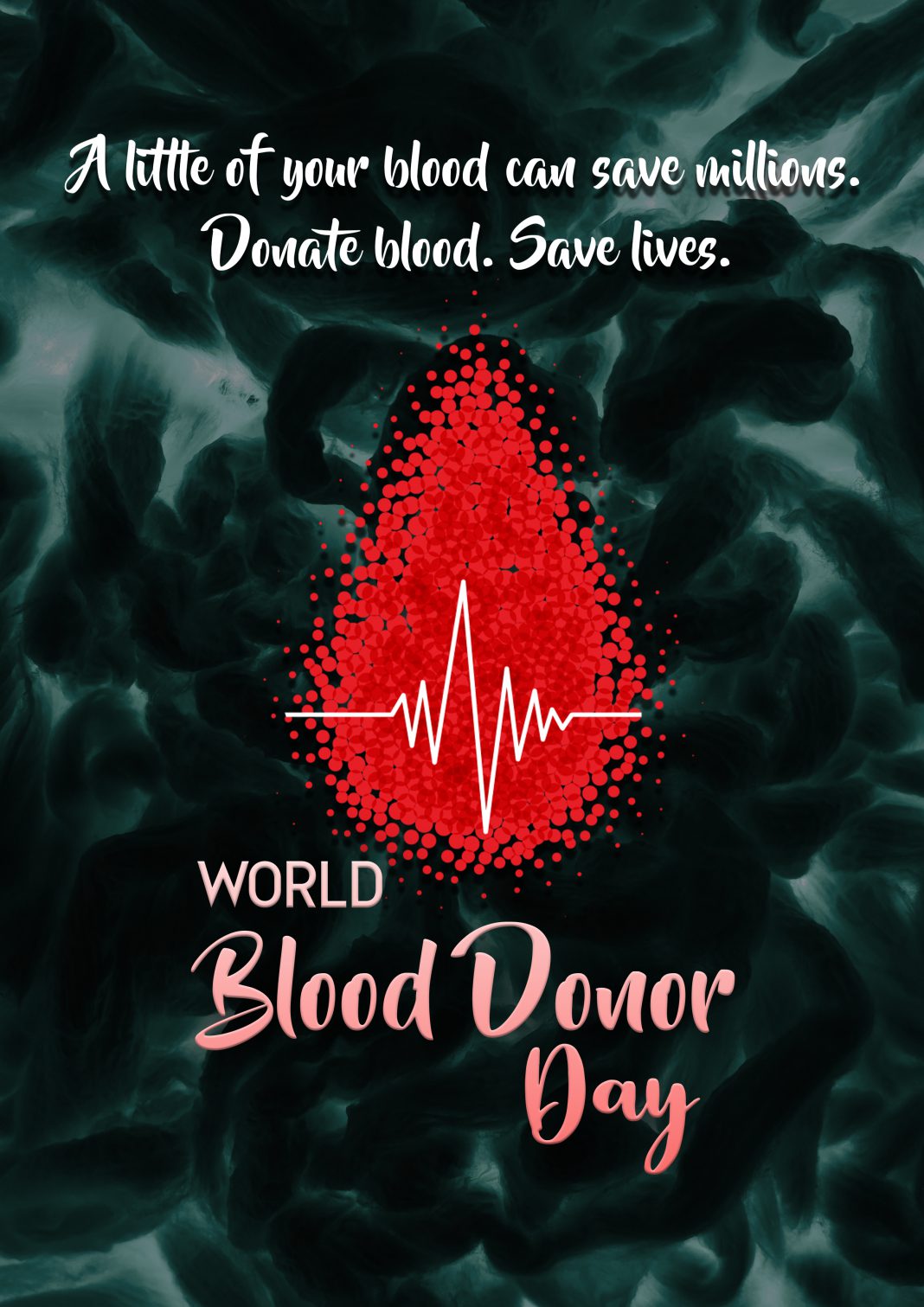 The primary setback that our country faces in meeting the population’s need for blood is the disparity between the demand and supply of safe blood, lack of awareness, lack of health infrastructure, healthcare access, and proper knowledge and skills.

When it comes to North East India, studies have revealed that life-threatening blood diseases like Haemoglobinopathies and Thalassaemia are major health concerns found widely in India’s North East region while remaining almost rare in the rest of the country.

Treatment of both these genetic disorders is more of care than cure. Once diagnosed the patient has to undergo periodic blood transfusion for life.

Most of the carriers remain unaware and undiagnosed due to the lack of symptoms and lead a normal life. The problem arises when a carrier gives birth to a child with a partner who is also a carrier.

The World Health Organisation celebrates WBDD every year as an initiative to raise awareness of the need for safe blood and blood products and to thank blood donors for their life-saving gifts of blood.

While the transfusion of blood and blood products save millions of lives every year, safe blood and safe transfusion procedure becomes imperative when it comes to blood donation.

The attitude towards blood donation is also of utmost importance when it comes to blood donors.

A study conducted by the International Journal of Medical Science and Public Health in the year 2017 on the “Knowledge and attitude of people in Meghalaya towards blood donation” suggests that despite sound knowledge of the basics of blood donation, a large section of the people still do not donate blood. The study further indicated the “existence of a potential to convert non-donors to donors.” It has also highlighted the “reservation that participants expressed to donate as voluntary blood donors despite showing a strong willingness to donate for replacement.”

It is time now to change such attitudes towards blood donation.

The findings of another study by the Asian Journal of Transfusion Science on “Behaviour disparities towards blood donation in Sikkim, India” shows that “Out of 300 respondents, an overwhelming majority (78.7%) of the respondents in the present study felt that people donate blood to save a friend or a relative. On the contrary, minority respondents (46%) were ready to donate blood voluntarily. Only 12.7% of the respondents had ever donated blood while 87.3% had never donated.”

“As the per-capita income or level of education increased, so did the per cent of blood donors” showed the study.

Thus, the conclusions that can be drawn from these studies can be listed down.