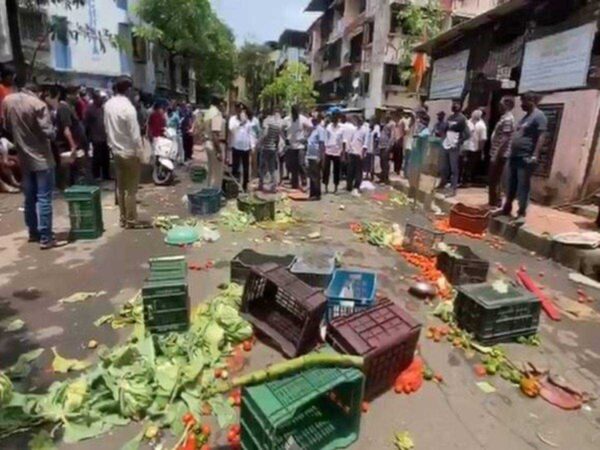 Manipur, March 18: Thousands of women who have been selling all varieties of vegetable in the market in and around the Imphal cities have planned to dump their vegetables on the streets.

A woman retailer, Binasakhi, said that the move was in protest against the failure of the government to allot market places to them after the all-woman markets in Manipur were shut down in March 2020 in the wake of the COVID-19 pandemic.

Imphal Police have beefed up security measures to ensure that the women do not strew the vegetables in the streets.

Saytabati, another woman retailer said, “In Manipur, women sell vegetables and other kinds of consumer items to run the houses. All these months we could not earn anything. We could not send our children to schools. It was quite a struggle to arrange two square meals a day”.

The women leaders told reporters that the government had closed down the markets in an attempt to contain the pandemic.

However, they could not understand the government’s logic of allowing greengrocer bubbles to do thriving business a little away from the markets.

The women greengrocers at lanes and small fields in some localities do not observe the standard operating procedures, including the use of face masks.

Recently, Chief Minister N. Biren had reopened the three women’s markets in Imphal city. He said that during the closure of the markets loans were given to the women retailers. However, most of the women greengrocers and street vendors were not given any place to do their business.