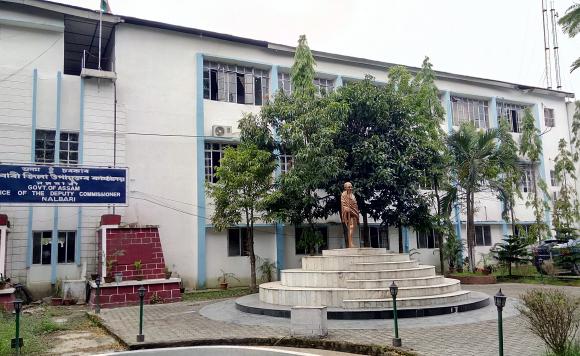 After Purabi Konwar joined as the Deputy Commissioner, the lower Assam district has become women ruled district as all key posts have been occupied by women officers.

Earlier IPS officer Amanjeet Kaur had joined as the Superintendent of Police (SP) of the district, who was earlier posted as the deputy commissioner of police (traffic) in Guwahati.

Apart from it, the district has Deputy Superintendent of Police (DSP) Jupi Bordoloi.

On the other hand, out of seven revenue circles of the district, four are headed by women officers – Banashree Deka (Nalbari-Sadar), Nandita Hazarika (Ghagrapara), Shilpika Kalita (Banekuchi) and Rituparna Bhadra (Borbhag).

Nalbari district Deputy Commissioner Purabi Konwar said that – “Women officers have been posted in all major key posts in the district. I am hoping that we will do better with a good team for the people of the district.”