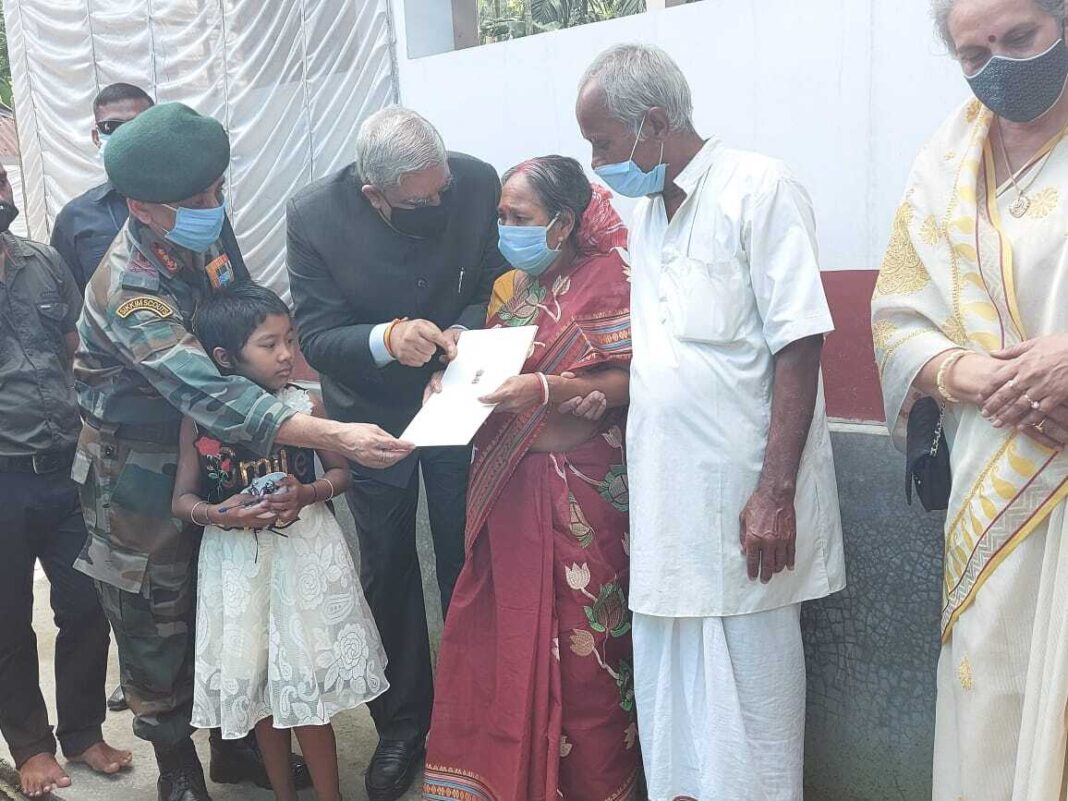 This visit was to pay homage to Hav (Late) Bipul Roy who along with his comrades made the supreme sacrifice in the true traditions of Indian Army at Galwan Valley.

The West Bengal Governor, Sudesh Dhankhar and the Army Commander along with Anupama Chauhan met the family of Hav (Late) Bipul Roy and offered deepest condolences and expressed heartfelt gratitude for his sacrifice in the line of duty. 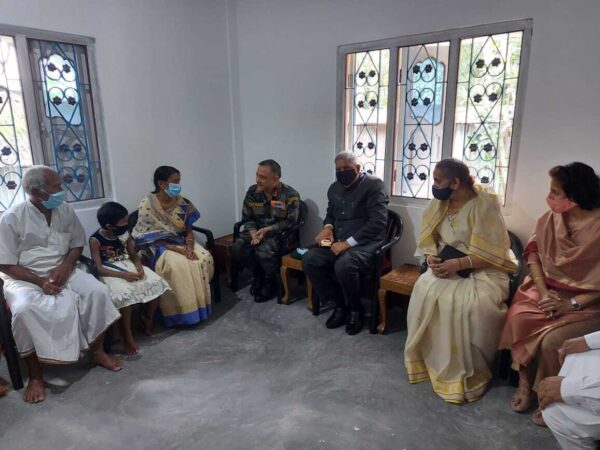 During the interaction, Bipul Roy was assured of all possible assistance at this time of grief. Indian Army prides itself on being a close-knit family bound by camaraderie and considers it as its bounden duty to look after its personnel and their families.

The visit serves to reaffirm the pledge that the Nation stands with the bereaved family in grief and would extend all possible help to them.