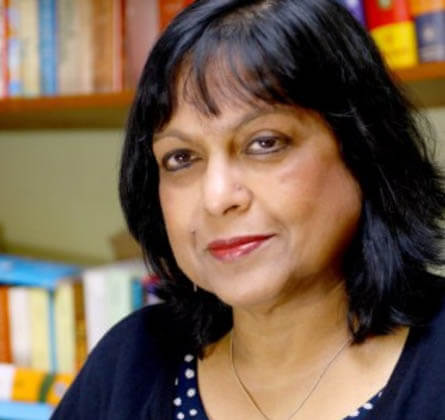 Bengal, Jan 25: Eminent poet Dr Bashabi Fraser, Professor Emerita, Edinburgh Napier University has been honoured with the Commander of the Order of the British Empire (CBE) for the year 2021 for her services to education, to culture and integration in Scotland.

Fraser was born in Purulia in West Bengal and studied ISC at St Helen’s Convent in Kurseong in Darjeeling. She completed her BA English Hons from Lady Brabourne College in Kolkata and MA in English from Jadavpur University. Her PhD (English) is from the University of Calcutta and University of Edinburgh (Commonwealth Fellow).

The UK Queen’s New Year Honours list is part of the British honours system, with new members of orders of chivalry and other official honours, named every year. The awards are presented by or in the name of the Queen.

“Inspired by Rabindranath Tagore’s ideals, Bashabi Fraser has been able to transcend the limitations of race, class, and gender to gather together everyone within one spiritual circle of union through her poetry, through which we feel she is at home in India as well as in Scotland– ‘a long shared history between Scotland and South Asia especially how Scots brought India back with them,” Dr Saptarshi Mallick, Assistant Professor for English at Sukanta Mahavidyalaya in Dhupguri, Jalpaiguri, said.

“Fraser’s poetry encompasses ideas of trans-culturalism which has enabled her to explore the realms of freedom by transcending the parochial and narrow nationalistic considerations for the sake of the larger interests of the human race through mutual understanding and trust on the common field of co-operation,” he added.

According to him, the poetic oeuvre in Fraser’s Life, With Best Wishes from Edinburgh, Tartan, and Turban, From the Ganga to the Tay, Ragas and Reels and The Homing Birdremain an endorsement of life and its immanent energy in ‘a multinational world of interwoven interests.’

Besides her Bengal Partition Stories: An Unclosed Chapter and the much-acclaimed critical biography of Rabindranath Tagore, Edinburgh An Intimate City: An Illustrated Contemporary Poetry about Edinburgh, The Tagore-Geddes Correspondence, Scots Beneath the Banyan Tree: Stories from Bengal, Thali Katori: An Anthology of Scottish and South Asian Poetry, Scottish Orientalism and the Bengal Renaissance, Confluence of Minds: The Rabindranath Tagore and Patrick Geddes Reader on Education and Environment vindicate the transcultural interests in her endeavours which bridge India with Scotland and their centuries’ old history and culture, liberating at once the ‘collective modes of representation from the historical hierarchies associated with them.’