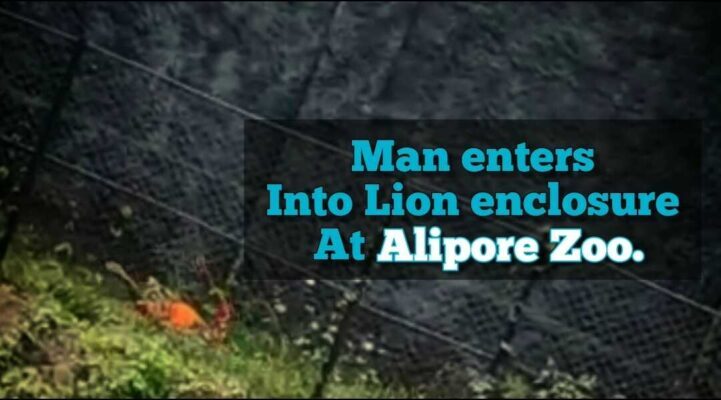 Kolkata, March 19: A middle-aged man was sustained wounds after he was attacked by a caged lion when he entered its enclosure at the Alipore Zoo in South Kolkata on Friday.

However, the man was rescued timely before the lion was pulling his prey into its den.

The man was brought to the SSKM hospital and was being treated at the emergency department.

As per the medical source, the man is out of danger now. His injury was mainly to his legs as the lion was trying to pull him by the leg.

The lion of the Alipore Zoo enclosure has a wall of iron rings around it and a deep canal.  The investigators were trying to find out how the man entered.