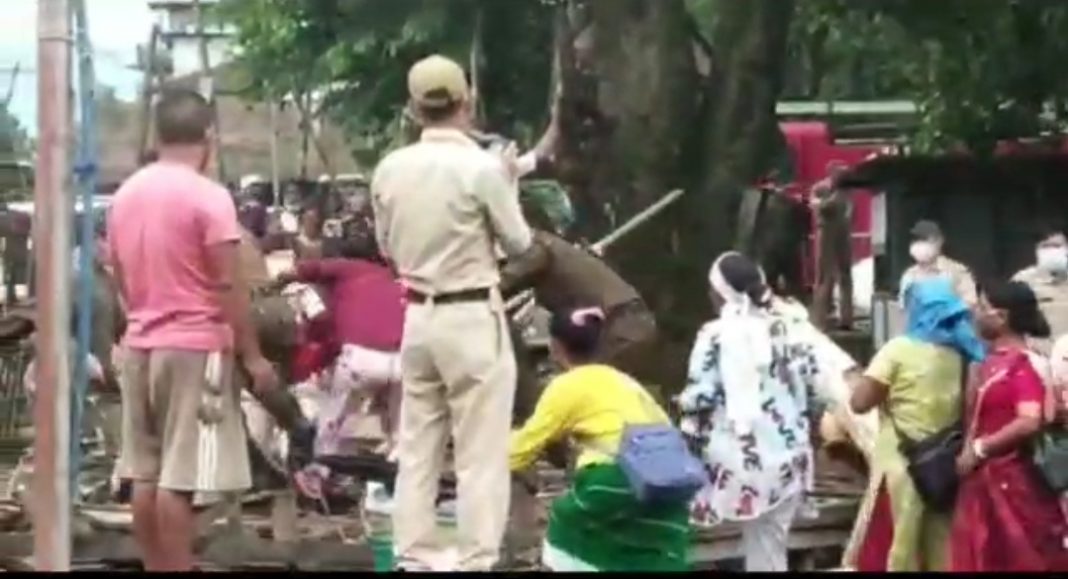 A violent clash broke out between vegetable sellers and East Siang district police in Arunachal Pradesh’s Pasighat town over disagreements on dismantling shops and huts in the area to upgrade the facilities.

The brawl started when the district police tried to evict the vegetable sellers from the main market area of Pasighat.

It soon turned into a violent clash when municipal JCB and trucks were brought into the scene to dismantle the huts and sheds.

The police resorted to lathi-charge when aggravated women present in the market area began fighting with the police.

East Siang District, Pasighat, Dy. Commissioner, Dr Kinny Singh informed that the market area will be upgraded under the Smart City project. After its completion, it will have a place for 240 vendors in all to carry out their business.

He said, “Due to COVID 19 pandemic and the congestion observed on the highway, the vendors are being asked to shift to the designated Sabzi Mandi and the said parking place is being revived.“

He further mentioned that the vendors have been requested to comply with the rehabilitation plan as it is done to benefit them.

However, in case they refuse to cooperate, it will become difficult to rehabilitate them in future, stated Singh.