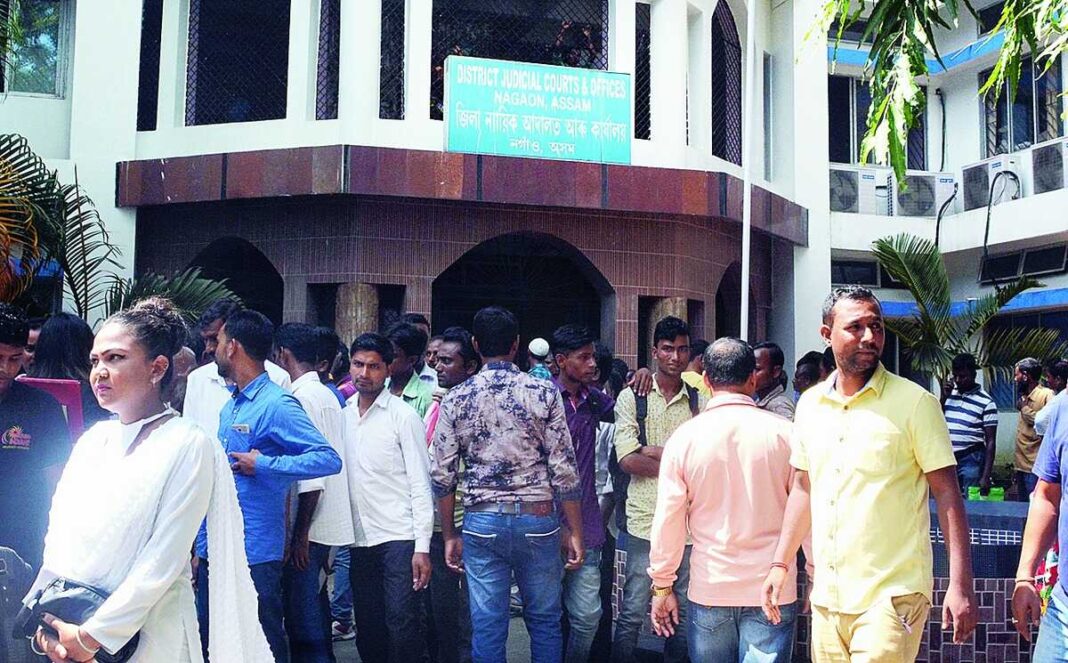 Guwahati, September 19: A group of villagers had thrashed a man after he allegedly raped a widow in Assam Nagaon district.

The incident took place at Juria Jengoni area in the central Assam district.

According to the reports, the accused man identified as Khairul Islam who is a father of five children had allegedly lured a widow of the area to marry her and raped her since last a month.

The man also allegedly raped the daughter-in-law of the widow.

The victim woman had lodged an FIR against the person a week before, but Khairul was absconding.

On Friday, local villagers caught Khairul and thrashed him.

The village headman of Juria Jengoni village said that, Khairul had lured the woman to marry her and allegedly raped her since last a month.

“We caught the accused person and handed over him to police,” the village headman said.