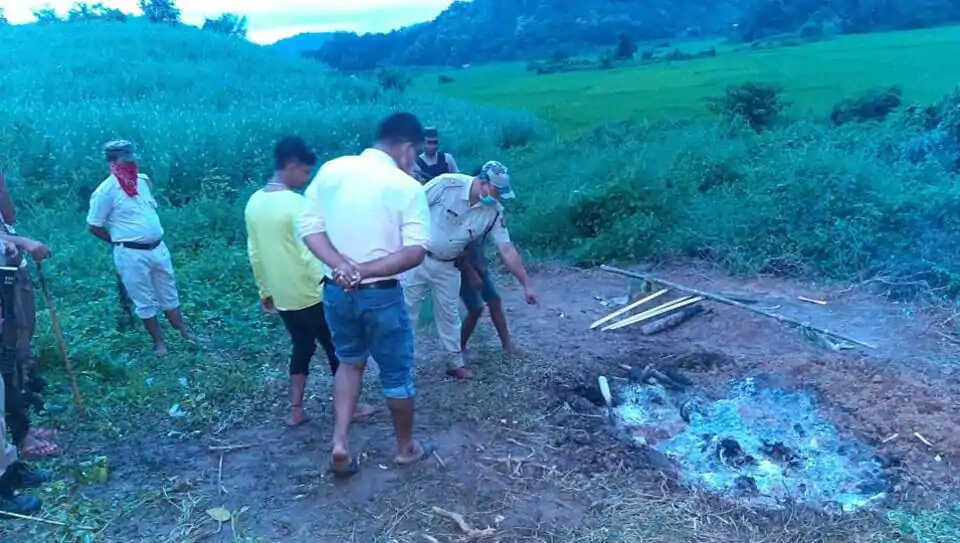 Guwahati, October 2: In a shocking incident, a group of villagers had allegedly killed and burnt the bodies of two people in Assam Karbi Anglong district after the local villagers suspected them for practising witchcraft and a kangaroo court had decided to kill them.

The incident took place at Rohimapur – a remote village under Dokmoka police station in Karbi Anglong district on Wednesday night but police knew about the incident on Thursday.

Karbi Anglong district police said that a kangaroo court of the remote village had branded them witches and held them responsible for a local girl died on September 27.

On Wednesday night, some local villagers had beaten the woman and the man and killed them by using sharp weapons, lathis and burnt the bodies.

Police have recovered some remains of the bodies and arrested nine villagers for their alleged involvement in the incident.

The victims were identified as 50-year-old Romabai Halua Gaur and 28-year-old Bijay Gaur.

Karbi Anglong district Superintendent of Police (SP) Debojit Deuri said that, it is a witch-hunting incident.

“We have recovered some remains of the bodies and the weapons used to kill the persons. We have arrested nine persons so far. The arrested persons have confessed that they had committed the crime. Our investigation is going on,” Debojit Deuri said.

Meanwhile, Assam police have registered a case and launched operations to nab other persons who were involved to kill the two alleged witchcraft