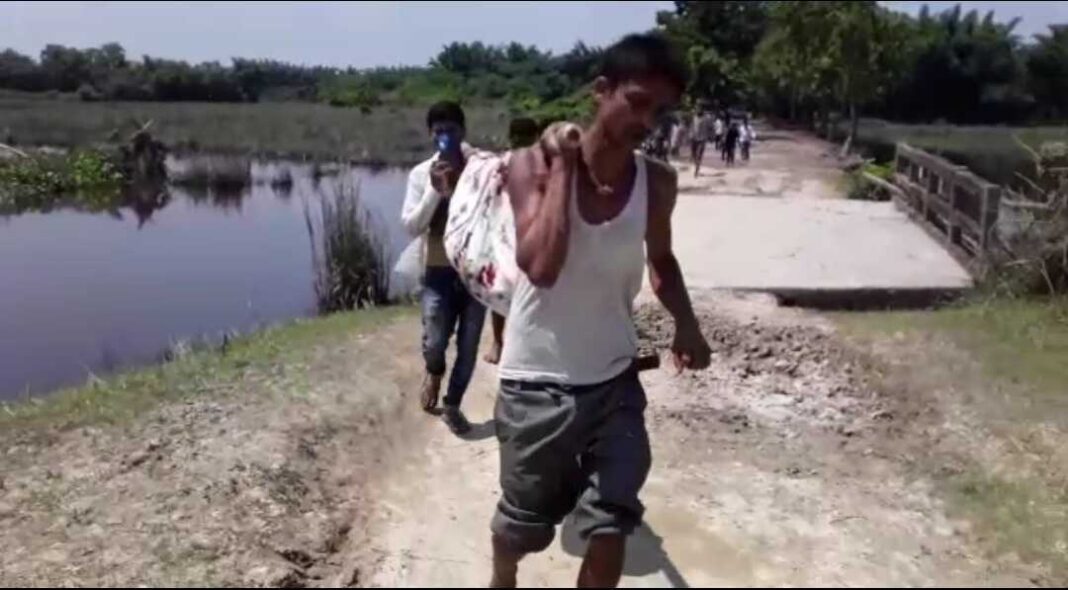 No ambulance due to dilapidated condition of the road: Villagers carried the dead body on shoulders to travel 4 km distance in Assam’sSonitpur district

Guwahati, Aug 6: While the government is talking about the development of better road connectivity in the Village areas, but the ground reality is different in Assam.

Due to the dilapidated condition of roads, family members and local villagers were forced to carry a dead body in their shoulders and travelled around 4 km distance to reach their village.

A lady from Jhawani village area under Borsola assembly constituency, died due to ailment at Tezpur Medical College Hospital.

Finally, the family members had decided to carry the body on shoulders and travelled almost 4 km distance.

The family members and local villagers had also used a tractor to carry the dead body to reach the remote Assam village.