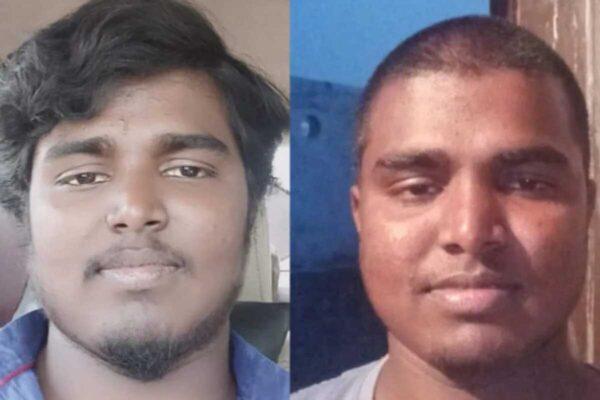 Hyderabad, April 2: When Srikanth, an Uber driver based in Hyderabad loses his job after he offered his hair to the presiding deity at the Tirumala Tirupati Devasthanam sought divine intervention to bring more happiness and prosperity into his life, his sacrifice pushed him into an unpredicted identity crisis.

While trying to log into Uber’s internal portal for its network of drivers, Srikanth could not re-register himself as the software failed to recognize his new look with the tonsured head.

He tried his luck at least four times, clicking selfies from different angles, but ultimately found himself banned by the facial recognition software for ‘multiple logging attempts’

Since then, the Uber Driver Srikanth has been without a job for over a month. He says despite lodging a complaint with Uber and furnishing adequate documents with before and after pictures, there hasn’t been any response from the company yet.

“I visited the Uber office multiple times, but they are refusing to reinstate me as a driver without giving me a valid reason. I have been running from pillar to post for the last one month and there has been no solution yet. I am struggling to make my ends meet. My entire family is dependent on me”, said Srikanth, who joined Uber in 2019, and holds a 4.67-star rating for completing nearly 1,428 trips to date.

Srikanth’s story went viral on social media after it was brought to light by Shaik Salauddin, general secretary of the Indian Federation of App-based transport workers.

Srikanth, who has been driving with @Uber_India for over 1.5 years now and holds a 4.67 star rating for the 1428 trips he completed, has been blocked by Uber. Srikanth shaved his head during a recent trip to Tirupati, and when he returned, 1/3 pic.twitter.com/QwNnBwscPy

Calling out Uber for turning a deaf ear to Srikanth’s incessant pleas, Salauddin said many taxi drivers in the recent past have been struggling for their livelihood as there is no designated grievance cell to acknowledge their problems in the first place, let alone solving them.

Also Read: Families of political violence victims to get a job in Tripura

“App-based workers in general bear the consequences of numerous such technological failures which adversely impact their daily earnings. There is an acute need to create systems that penalize platform businesses for their technological failures and make them liable to compensate workers for their losses and forgone earnings,” Salauddin said in a press statement released on behalf of Telangana four-wheeler driver’s association.

Uber India responded to the issue, saying – “the driver in question had visited an Uber Partner Seva Kendra when he was unable to log in and it was communicated to him that his access to the app had been removed due to repeated violations of our community guidelines, which set the highest possible safety standards on our platform.”

The company said its facial recognition tool was capable of detecting natural changes in a person’s appearance such as long or cropped hair. “In case drivers face a problem logging due to any technical issue with the selfie verification process, they have the option to visit the nearest Uber Partner Seva Kendra for a manual review of their profile,” it said.