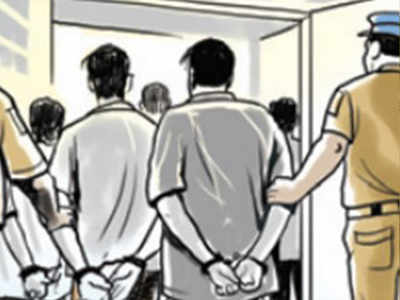 Assam, Jan 6: Two journalists from Sivasagar, Assam, were arrested on Wednesday for trying to extort money from a wine shop owner. They had been blackmailing the owner since January 2 and were arrested by Gaurisagar Police.

According to report, the journalists, Senchowa hails from Namti and Gogoi hails from Jhanji areas of Sivasagar respectively.

The journalists have been accused of demanding Rs.1 Lakh from the wine shop owner, scaring him under the leadership of Apurba Gogoi, District President of the Unemployed Security Council.

Police have also arrested Gogoi in relation to this case for investigation.