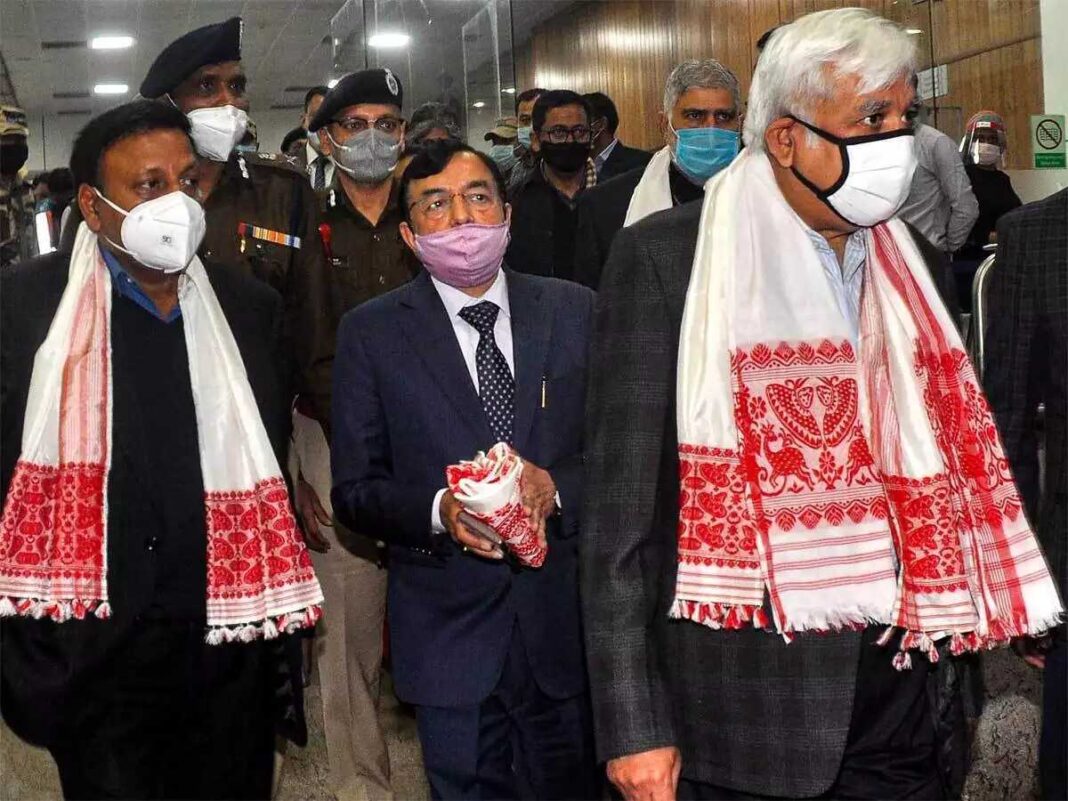 Assam, Feb 23: The Election Commission of India (ECI) has dispatched 20 companies of central security forces which will start arriving in poll-bound Assam for area domination exercise by next week. Another 20 companies deployed in the state will join them.

Central Police Forces (CPFs) are routinely sent to all states and UTs where Lok Sabha or Vidhan Sabha elections are to take place for advance area domination, especially in the critical and vulnerable sectors which are identified by meticulous advance reviews and concrete feedback from various sources including political parties and entities.

This practice has been going on since the late 1980s.

A senior official at the office of the Assam chief electoral officer (CEO) said, “We have sent a detailed deployment strategy to the state administration. The 20 companies are arriving in the state soon. Another 20 companies deployed here will join them. A company has 76 personnel.”

The ECI, in a press note on Monday, said the CPFs have been sent to Assam, Kerala, Tamil Nadu, West Bengal, and UT of Puducherry where assembly elections are to take place.

“These orders for CPF deployment were issued to the chief secretaries, the DGPs, and the chief electoral officers of all these five states/UT on February 16,” the ECI statement read.

A Bongaigaon-based senior police official, who looks after the lower Assam division, said a special force is coming for area domination which will be carried out in some remote areas of the western Assam districts.