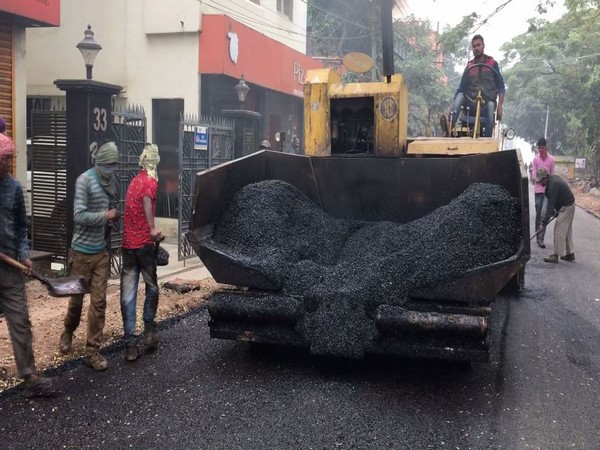 Tripura, Feb 22: Under Agartala Smart City Limited (ASCL) project, Tripura has begun its first plastic road construction by using non-recyclable plastic waste. Tripura Chief Minister Biplab Kumar Deb inaugurated the road by unveiling the plaque along with a few other projects of the ASCL during a program held at Agartala on Feb 22. Deb said this project is an initiative to make the state plastic-free through sustainable use of plastic waste.

In July 2018, during a review meeting, Biplab Kumar Deb had asked AMC officials to construct at least 500 meters of a road using waste plastic to reduce pollution.

A few days back, Speaking with reporters, the West district magistrate and Agartala Smart City Limited Director said, “We are constructing a plastic road and some work has been completed under the Smart City project,” Yadav said.

He also said that there were 55 encroachments on this road, including a hotel.

The smart city project funded the construction of drainage and footpath.

“The chief minister wanted to have a plastic road in the state as a model. We had requested the PWD, but they expressed their invalidity saying they don’t have the expertise,” Yadav added.

The BK Road from Boys Budhjung School to women’s college, which is around 650 meters, would be made plastic road using the waste materials. The state has no plastic road. So, we decided to take this project.

“The footpath work has been completed, and the surface will be completed in the next 15 days. The top layer, which is around 9 inches thick, was removed so that the road does not become higher. It is a mixture of bitumen and plastic which is used at a 40: 60 ratio,” Yadav said.

He also informed that the construction work would be completed within January 26 and inaugurated for the public.

“Very few states have plastic roads, and we would love to have more roads in the state in the future. A local agency has been awarded the construction work with an estimated cost of Rs 70 lakh,” Yadav said.