Home India Tributes to Swami Vivekananda on his birth anniversary! 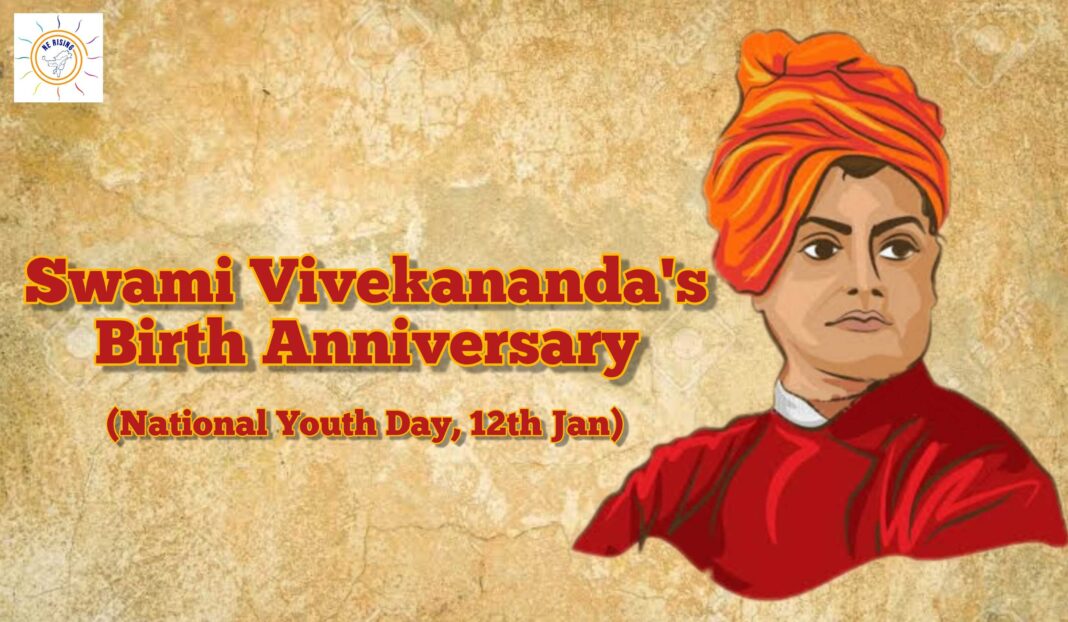 Jan 12: Prime Minister Narendra Modi on Tuesday paid tributes to Swami Vivekananda on his birth anniversary and asked people to spread his thoughts and ideas. In a tweet, Modi shared a link to his app (Namo) which lets people share Vivekananda’s thoughts.

This Vivekananda Jayanti, there’s a creative effort on the NaMo App that lets you share his thoughts and a personalised message.
Let us spread Swami Vivekananda’s dynamic thoughts and ideals far and wide! https://t.co/lMjQwqH0M2 pic.twitter.com/Nh4ZVtn3k7

The day is observed across the country at schools, colleges with processions, speeches, music, seminars and so in. The monk who changed the world with his thoughts and work was very vocal about the importance of youth in the process of a better nation.

Swami Vivekananda saw hope in every child who could contribute to nation-building.

He focussed immensely on harnessing the potential of the youth. With education and peace, he won the world and taught the youth to get out of their comfort zones and achieve absolutely anything they desire. He propounded the importance of education in building a nation and believed that education was the primary means to empowering people.

The monk had an incredible understanding and knowledge of philosophy, religion, literature, Vedas, Puranas, Upanishads, and whatnot. He still motivates the youth with some of his inspirational quotes listed below.

As per the source, The decision to celebrate Swami Vivekananda’s birthday as National Youth Day was taken by the Indian government in 1984. The Government of India quoted that ‘the philosophy of Swamiji and the ideals for which he lived and worked could be a great source of inspiration for the Indian Youth Day.