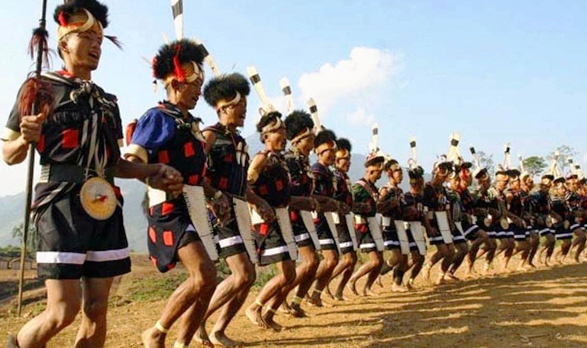 Assam, Jan 3: Tribal Festival began at Jonai in Dhemaji district on Sunday. People will get a glimpse into the rich cultural traditions of indigenous tribes inhabiting the plains of Assam during the Jonai Tribal Festival.

Sponsored by the ministry of tribal affairs, the three-day festival is being held at two locations in Jonai.

Inaugurating the festival managing director of the Assam Plain Tribes Development Corporation, Jadav Pegu said, “The Jonai Tribal Festival highlights the living traditions and cultural practices of the plain tribes living in Assam through the display of their music, attires, cultural artifacts and dance forms.”

Different cultural elements including the traditional attires, musical instruments, and way of living of Mising, Bodo, Deori, Sonowal, Hazong and Garo have been displayed in the ongoing Tribal Festival.

Moreover, cultural troupes comprising of artistes of different ethnic tribes will participate in cultural events organized during the festival.

Pegu said “the Assam government through the state department of welfare of plain tribes and backward classes is implementing several schemes to promote and preserve the traditions and cultural practices of the indigenous tribes.”

The department is also implementing projects for the development of cultural tourism.

“There is provision for tribal development activities in the annual budgets of the Central government”, Pegu said.

The Assam Plain Tribes Development Corporation will also, conduct a similar festival and another at Haflong later this month.

Both Jonai and Haflong have a sizable population of different indigenous tribes.