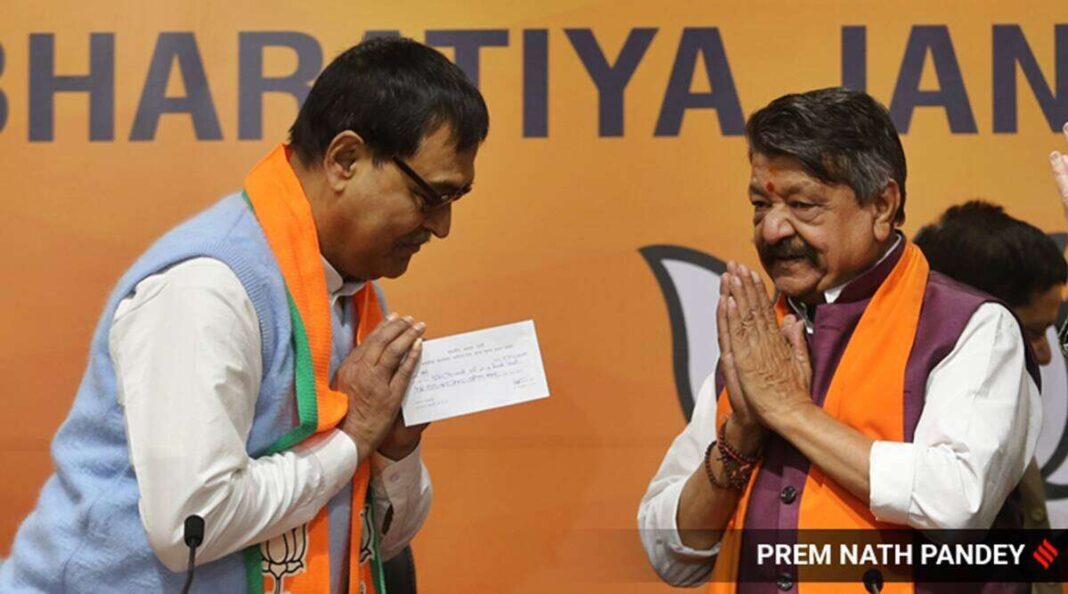 The TMC MLA from South Cooch Behar had distanced himself from TMC and earlier resigned from all party posts. He had repeatedly questioned the TMC leadership regarding the actions of political strategist Prashant Kishor and also accused the district TMC leadership of misbehaving with him.

Earlier in the day, Goswami announced his resignation as a primary member of the Trinamool Congress. Goswami stated in a media release that he for the last 22 years was repeatedly “ignored and insulted” by the TMC.

Alleging that even after he repeatedly informed the TMC supremo about it, the situation did not change much.

“Even now, when all limits have been crossed, the supremo is strangely maintaining silence. It seems she has lost the authority to rebuke or expel someone (from the TMC) as she is no longer in the driver’s seat of the party. I am resigning as a primary member of the TMC and severing all ties with the party” stated Goswami.

Mihir Goswami flew to Delhi on Friday morning along with BJP MP from Cooch Behar Nisiht Pramanik. After reaching Delhi he said that he no longer wanted to be “a liability for TMC” and would meet the BJP central leadership.

“If the meeting turned out to be satisfactory then I will join BJP,” said Goswami.