Home Top News TMC is not a party, it is a property: BJP’s Dilip Ghosh 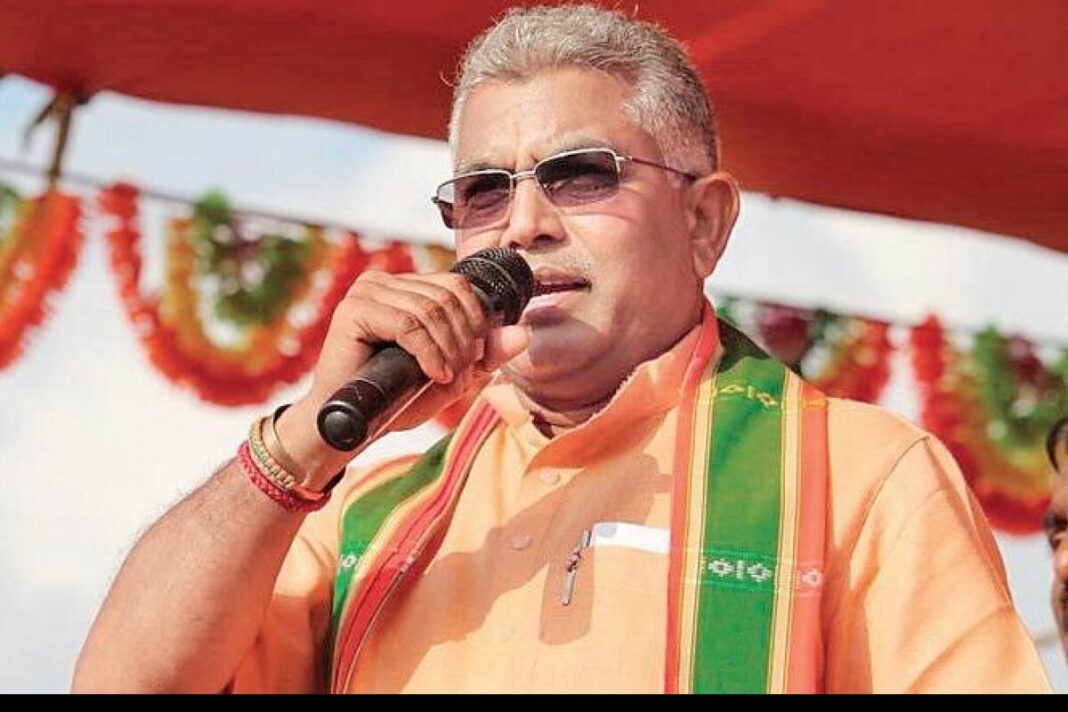 West Bengal, 24th November: BJP’s Dilip Ghosh on Tuesday said ‘Trinamool Congress is not a party, it is a property’ while attacking Prashant Kishore in a party meeting at Balagarh of Hooghly district.

“BJP has started our door to door campaign. Didi (Mamata Banerjee) is just delivering lectures and gave all the contracts to Prashant Kishore. This is not a party, it is a property that is why everyone has left the party. TMC ministers are going to attend but our elected Panchayat representatives are not invited. Our MP is not allowed to attend meetings of administration,” said BJP state president Dilip Ghosh.

Ghosh is gearing up for the Assembly Elections in early 2021, said that the people of Bengal will decide the real place of TMC in the upcoming election.

BJP’s Dilip Ghosh said, “People of Bankura has said whatever they want. Mamta Banerjee went to Bankura after Amit Shah went there that proves that we do not follow TMC rather TMC follows us. If she really works for the benefit of Bankura then the people over there will defiantly support her. But she afraid as she knows what she has done with the people. No one offers her a glass of water when she was doing a rally. People gave her years, but the non-developed area will remain the same. Jungle Mahal has totally discarded Mamta Banerjee and TMC.”

BJP state president claim that elected BJP MPs and MLAs didn’t get the invitation to attend the state administration and other meetings.

“Manirul Islam joins BJP after he left TMC but no one is allowed him to enter the district on the false case. But this is the ritual of TMC. Now common people will decide what to do with them. TMC ministers are going to attend but our elected Panchayat representatives are not invited. Our MP is not allowed to attend meetings of administration,” Ghosh added.