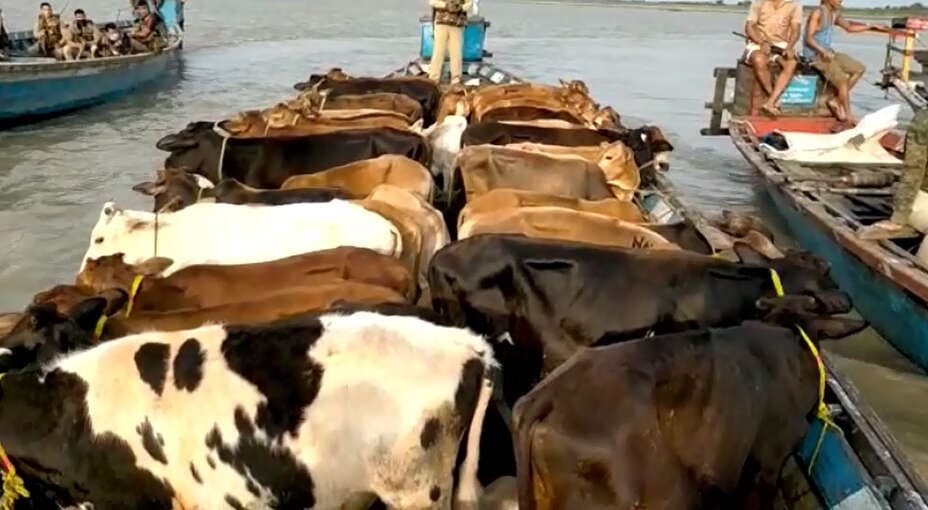 Guwahati, August 9: Cattle smuggle is on the rise as three smugglers got held with 44 cattle in Assam’s South Salmara district along Indo-Bangladesh border amid COVID-19 pandemic situation.

But, cattle smuggle is continued and the smugglers are using the riverine areas of Brahmaputra river to transport cattle to Bangladesh.

Recently, the South Salmara Mankachar district police had seized at least 44 cattle heads from several boats while smugglers were trying to transport it to Bangladesh through the Brahmaputra river.

According to the reports, following a tip-off, a police team of South Salmara Mankachar district had launched an operation at Baladoba Launchghat area on Friday night and seized 44 cattle heads from several boats while they were trying to transport the cattle to Bangladesh.

Police had arrested three cattle smugglers and they were identified as Majibur Rahman, Habil Uddin and Arshad Ali.