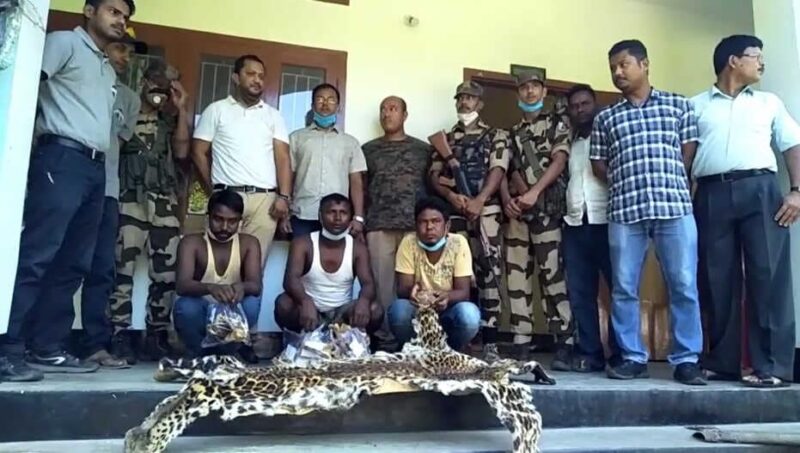 Based on intelligence input, a team of police and forest officials had launched operation at Gingia area under Biswanath Wildlife Division on Wednesday and arrested the poachers.

The team had recovered skin and other body parts of a full-grown tiger in possession from them.

The arrested poachers were identified as Yudhisthir Tanti, Bullet Munda and Subhash Mirdha.

Forest officials suspect that, they killed the leopard along Assam-Arunachal border.

A forest officer of Biswanath Wildlife Division said that the poachers were arrested while they were trying to carry the body parts and skin of the leopard for selling.