Home India The SSR case: At a glance of recent developments 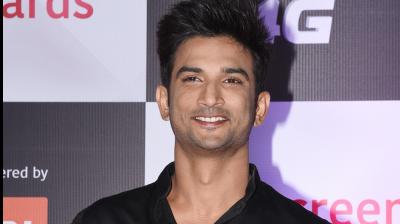 Sushant Singh Rajput’s death ( SSR case ) has been creating quite a stir since 14th June. The case is now being handled by both CBI and the Enforcement Directorate. Rhea Chakraborty has been summoned for a second enquiry at the ED on Monday.

Rhea Chakraborty and two of her family members have been summoned by the ED for enquiry, again today. Siddharth Pithani, who missed the previous summon being out of station, has been summoned again today along with the other suspects. Siddharth Pithani is a friend of Sushant Singh Rajput who has earlier mentioned to several media channels that he was present in the apartment when Sushant took his own life.

His death shook fans who started demanding for CBI enquiry into his death.

Ankita Lokhande, Sushant’s ex-girlfriend and colleague, in an interview said that Sushant was never depressed. She repeatedly mentioned that she wants people to remember him as a hero and not a depressed man. But on the other hand, Sushant’s therapist has confirmed that Sushant was suffering from Bipolar Disorder that caused him to go through bouts of depression and hypomania.

The case found a new direction when its investigation was officially handed over to the Central Bureau of Intelligence (CBI), on August 5. CBI filed an FIR against Rhea Chakraborty, her family members Inderjit Chakraborty, Showik Chakraborty, Sandhya Chakraborty and her close associates Samuel Miranda and Shruti Modi. The FIR was filed under sections pertaining to criminal conspiracy, abetment to suicide, wrongful restraint, wrongful confinement, theft, criminal breach of trust, cheating and criminal intimidation.

Now the case is being handled by two agencies, CBI and the Enforcement Directorate (ED).

Rhea Chakraborty was summoned by the ED, with her family members for enquiry on Friday, 7th August. She was questioned for more than 9 hours at the ED. She has been accused of money laundering in the Sushant Singh Rajput death case, since there has been noticed a transaction of Rs. 15 crore from Sushant’s bank account for Rhea’s various purchases.

Later, to prove her innocence in the matter, Rhea posted a picture of a bottle and a handwritten note, on her social media captioning it as “only property” of the late Sushant Singh Rajput that she has in her possession. She has also recently released screenshots of her chats with the late actor regarding his sister, Priyanka Singh.

The chats showed Rajput’s phase of discord with his sister, Priyanka when Rhea had accused her of molestation. In response to this chat revelation, Shweta Singh Kirti, Sushant’s other sister said that this is absolutely a false show to distract the case as Sushant had always been very fond of Priyanka. Shweta Singh Kirti also posted an interview clipping, where Sushant was heard praising Priyanka Singh. “One of my sisters I am very close to, because she gets me”, the late actor had mentioned.

In regard to the revealed chats, a letter written by Sushant himself to Priyanka Singh went viral. It reads as follows, “For my best Soni Chiriya, From the immense width of my soul and depth and web of my knowledge and then the ‘deserving‘ keeper of the mother’s light, in the dark unfolding of my judgement, you are my marker and you are my fact and then you are my ‘ravishing sister’ and are also my pauses in ‘betweens’. Between Love and Respect, your confused Bhai.”

The case is taking a turn every day, but all of India now awaits justice to be delivered in the Sushant Singh Rajput Case as soon as possible.