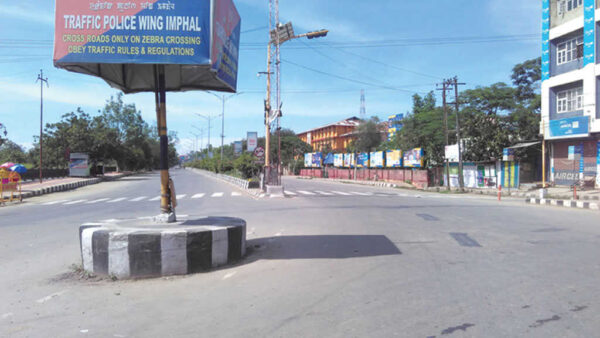 Manipur, September 13: A 48-hour bandh called by state’s taxi association in protest against the killing of a driver by militants in the state of Manipur, has affected the traffic along the Manipur portion of NH-39.

Reports from the district said transport services between Manipur and neighbouring states were cancelled in view of the bandh.

Officials said Manipur-bound trucks with essential items may enter the state only after the bandh was over because security to escort them could not be sent earlier.

Manas Ali, hailing from Sukhajan village in Assam’s Karbi Along district, was recently killed by militants who reportedly demanded Rs.15 lakh from the owner of the taxi driver. The MSTSA-sponsored bandh along the highway so that the attention of authorities could be drawn to prevent occurrence of such killings in future.

Ali was kidnapped by suspected militants who hired his taxi to go to Dimapur in Nagaland from taxi station in Imphal. Hia body was found on March 7 at Kangpokpi area in Manipur’s Senapati district. The body has been handed over to the family after conducting postmortem at Regional Institute of Medical Science and Hospital.