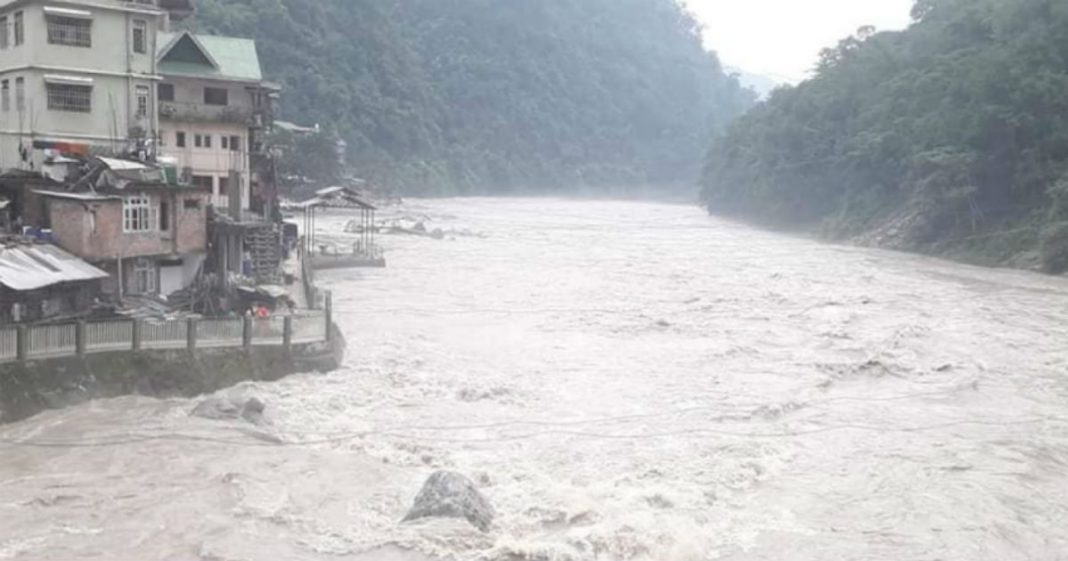 Heavy rainfall in Sikkim has resulted in flash floods in parts of Sikkim and West Bengal, with River Teesta flowing above the danger mark, areas nearby have been put under high alert.

Jalpaiguri district in West Bengal, Dicchu lake and Kirateshwar Temple in Sikkim have been severely affected by the floods.

Huge amount of waste material has accumulated in the Dikchu Dam and the Kalijhora Water Dam due to the floods.

Water released from the Gajoldoba Dam is at 4200 qumac per second which is causing floods in the lower catchment area of river Teesta and the Haldibari area under Coochbehar district in West Bengal. It may also affect parts of Bangladesh.

Sikkim Police have alerted local dwellers and shifted them from their houses to safer areas as widespread destruction of buildings is being feared due to the upsurge in the water levels of Teesta river. A building has already collapsed in North Sikkim’s Mangan.

Evacuation procedures are also on in Bengal’s Jalpaiguri district with the District administration and Disaster Management Authorities monitoring the situation closely.