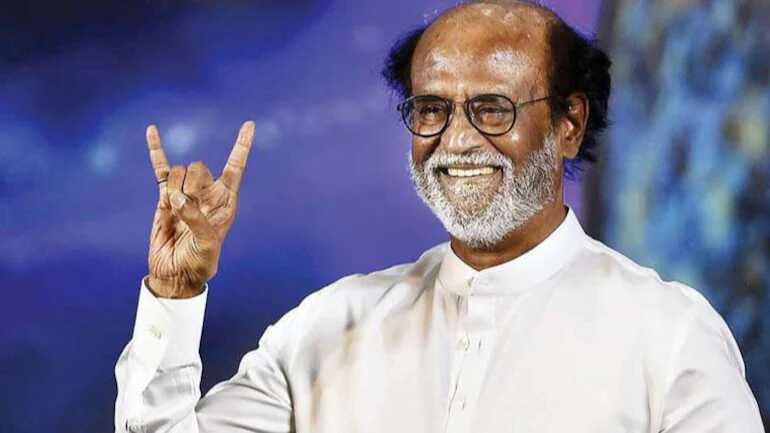 April 1: Superstar Rajinikanth has been conferred with the prestigious Dadasaheb Phalke Award this year. Union Minister Prakash Javadekar announced the same today, April 1. Rajinikanth made his debut in 1975 with K Balachander’s Apoorva Ragangal and has completed over 45 years in Kollywood.

Rajinikanth will receive the Dadasaheb Phalke Award on May 3, 2021. PIB India took to Twitter to share a video showcasing the actor’s journey.

Actor #Rajinikanth, fondly known as Thalaiva by his fans, will receive the 51st #DadaSahebPhalke award, India's highest film honour, on May 3, 2021.

He had also been honoured with the Padma Bhushan & Padma Vibhushan in the past.@rajinikanth @MIB_India pic.twitter.com/kCyrgLb358

Rajinikanth, born as Shivaji Rao Gaekwad on December 12, 1950, to Ramoji Rao and Jijabai, worked as a bus conductor in Karnataka before embarking on his film journey.

During his school days, Rajinikanth was so interested in acting that he took part in plays and then signed up for an acting course at Madras Film Institute.

Having made his debut in K Balachander’s Apoorva Ragangal, Rajinikanth initially played character roles and also went on to share screen space with Kamal Haasan in several films.

Director M Bhaskar’s Bairavi was the first Tamil film to showcase Rajinikanth as a solo hero. It was with this film that Thalaiva earned Superstar status in Kollywood.

Some of his hit films includes Mullum Malarum, Allauddinum Albhutha Vilakkum, Ninaithale Inikikum and Aarilirunthu Arubathi Varai. In the 1970s, Rajinikanth experimented with multiple genres and excelled as an actor.

In the late 70s, Rajinikanth quit acting due to reasons best known to him and made his comeback with Billa, which is a remake of Amitabh Bachchan’s Don.

After Billa, his career took a turn and made him the top star of Kollywood alongside Kamal Haasan.

In the 1990s, Rajinikanth proved himself as a commercial entertainer and most of the films released in the decade were blockbuster hits. However, in the 2000s, Rajinikanth suffered a series of duds and his film Baba incurred huge losses.

Two years later, his film Chandramukhi released and catapulted him to the top again.

Rajinikanth had a major health scare in 2011 which required him to be hospitalised multiple times. After recovering, he made Enthiran with Shankar, which took the box office by storm.

From then on, Rajinikanth went from strength to strength with back-to-back hits such as Kaala, Petta and 2.0.

Rajinikanth announced his political entry in 2017. In December 2020, he had a minor health scare, after which he decided not to enter politics due to his ill health.

The Dadasaheb Phalke Award is India’s highest honour in cinema, presented by the Directorate of Film Festivals for the recipient’s contribution to the growth and development of Indian cinema.

The award, named after Dhundiraj Govind Phalke, who is revered as the father of Indian cinema, was instituted in 1969. The recipient receives a Swarna Kamal (Golden Lotus) medallion, a shawl and a cash prize of Rs 10 lakh.

In 2018, Amitabh Bachchan was conferred the Dadasaheb Phalke for his contribution to Indian cinema. On December 23, 2019, he received the award from Ram Nath Kovind, President of India.