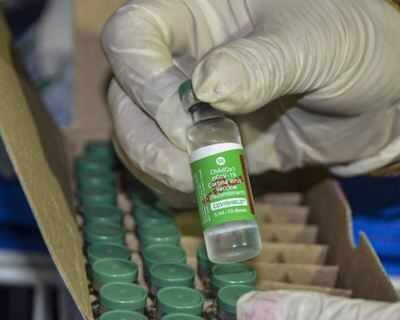 Assam, Jan 20: At least 1,000 doses of Covishield vaccine have got spoiled at the Silchar Medical College and Hospital (SMCH) in Assam’s Cachar the district as they were stored at sub-zero temperatures.

The incident has been termed as a major lapse on the part of the health department.

Assam health minister Himanta Biswa Sarma said probably due to lack of training, the officials concerned could not store the vaccines properly. He added that a team of senior health officials will go to Silchar to review the lapses. The state health department has asked the state cold chain officer to probe into the matter.

“I was informed that some doses had frozen in the cold storage. But the Covid vaccine storage system is very new. Maybe there was a lack of training for the officials for which the incident happened. But if we find that someone has done it deliberately, such officials will be punished,” said Himanta.

According to a media report, the Cachar district requires 98 doses of the vaccine per day and the district received 1,000 doses ahead of the nationwide Covid19 vaccination drive.

The vaccinator gets a signal from the ILR about the status of temperature where the vaccines are preserved. However, the day when the vaccines got damaged.

The National Health Mission (Assam) has issued a show-cause notice to additional chief medical and health officer of Silchar Civil Hospital PK Roy and a few other officials who were entrusted with the responsibility to take care of the vaccine doses at SMCH.

The nationwide vaccination drive was launched by Prime Minister Narendra Modi on January 16.