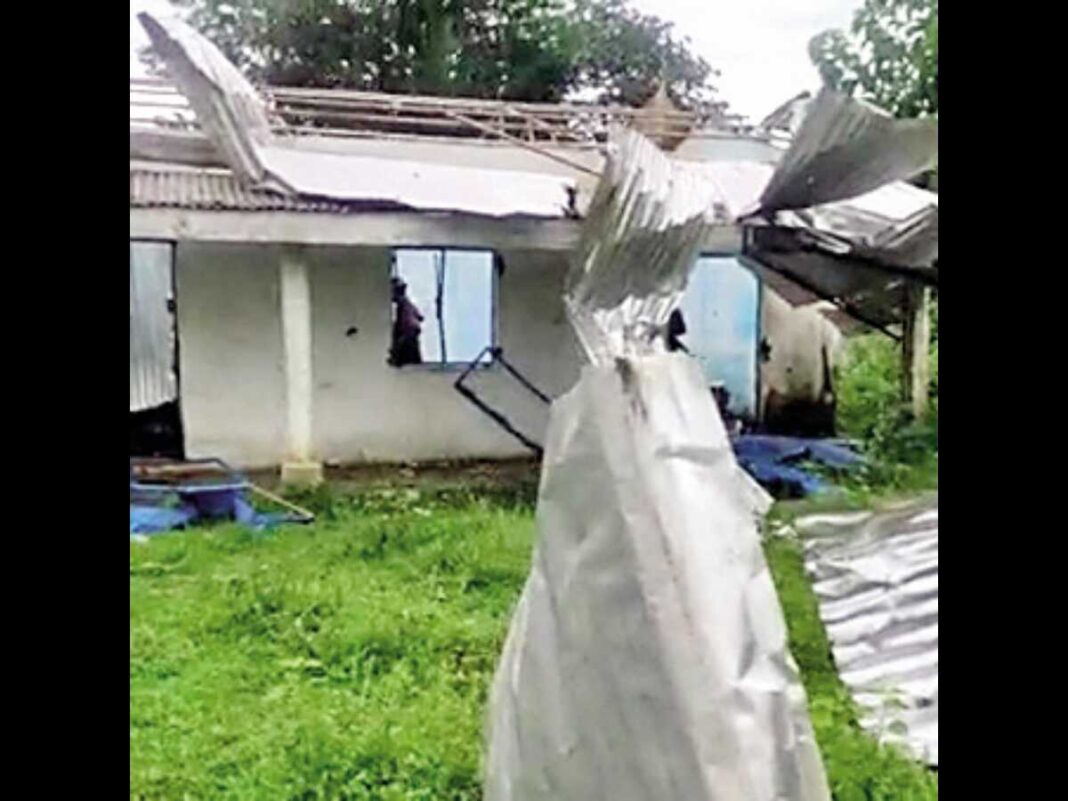 The incident occurred at around 1.30 am causing extensive damage to the school property. However, there were no causalities reported.

The school was recently taken over by the Mizoram IR Battalion. The Superintendent of Police along with the Deputy Commissioner was present at the spot.

Deputy Commissioner, Cachar, Keerthi Jalli reported, “Last night there was a bomb blast in Upper Painom Lower Primary School. Three blasts could be heard. Both DC and SP went to the spot as soon as the news was received this morning. Who did this or how it had happened, the entire inquiry will be done? I request everyone to maintain peace and gentleness. I was the first one to reach this morning, so I am taking the situation very seriously. I request the public to not take any law in public or take any action. We will look into the end of it but we request everybody to be patient. No casualty has been reported since the building was empty because of COVID.

“It is a school in the Cachar district and everyone gets midday meals from Sarva Shiksha Abhiyan. FIR will have been launched and we will take further action,” Jalli added.