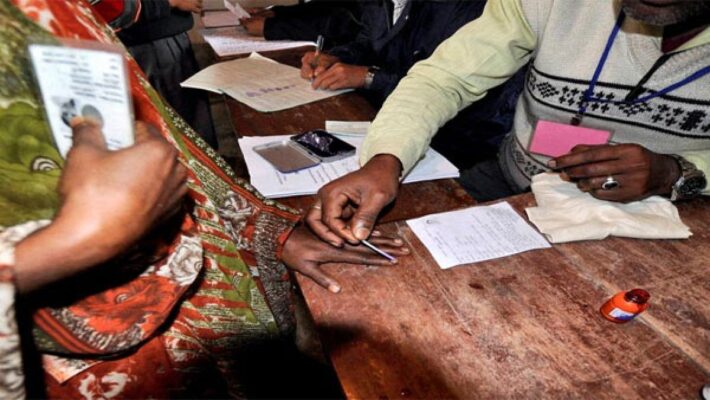 Sikkim, April 3: The results for Sikkim Municipal Election which took place on March 31 with 72% polling is being announced on Saturday.

In North Sikkim, Mangan Nagar Panchayat has 5 wards which had 82% voting. Of the five wards, Pentok ward stood uncontested with Norkit Lepcha as the winner.

In South Sikkim which had two urban local bodies of Namchi Municipal Council with 7 wards, three wards were won uncontested. The voting was conducted for Gangyap ward with Nima Choden Lepcha declared as winner with 368 votes.

In Jorethang-Nayabazar Nagar Panchayat, for Trikaleshwar ward, Manjari Rai was declared as the winner with 355 votes.

In Daragaon, Pabitra Kumar Sharma was declared as the winner with 626 votes and Samten Moktan (Tamang) won Majhigaon ward with 903 votes. In Naya-Bazar ward, Uma Sunar (Biswakarma) with 503 votes.

In West Sikkim, Gyalshing Nagar Panchayat had 4 wards up for election with Kyongsha ward being declared as uncontested. For Byadong ward, Praveen Darjee won with 94 votes.

Singtam Nagar Panchayat had all 5 wards up for election, with no candidate being declared as uncontested.

Rangpo Nagar Panchayat had 4 wards up for election after Chanatar was declared as uncontested. The Majhitar ward was won by Sanju Manger with 616 votes. With 314 votes, Radha Pradhan won the Mining ward.